What are the best tourism sites in Slovakia recommended by CNN?

In its travel section the article describes the 11 best places to visit, suggested by Pavlo Fedykovych. 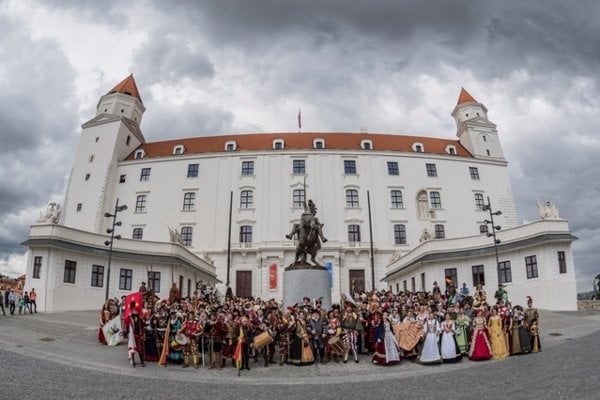 In its Quest’s World of Wonders column, CNN focuses on Slovakia's picturesque sites, recommending both cities and some beautiful countryside areas. In Bratislava, it highlights the city centre and its history, the ancient Devín Castle, the streets of the Old Town, Bratislava Castle, St. Michael’s Gate, the newer SNP Bridge with its is UFO Observation deck, museums, galleries and much more.

At the opposite end of the country lies the city of Košice, home to the UNESCO-protected St. Elisabeth Cathedral, the largest church in Slovakia. Košice, described by CNN as “the second biggest town in the country... is much slower and more contemplative”. Its “beauty lies in… the coziness of the coffee shops on the Main / Hlavná Street and the grandeur of the Neo-Baroque State Theatre”. 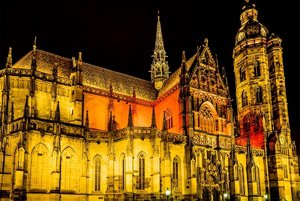 Culinary tips for the city include the Café Slávia and the Med Malina restaurant serving local delights such as pirohy (filled dumplings) and bryndzové halušky (potato dumplings with sheep cheese).

The Slovak High Tatras are deemed “an affordable alternative to the Alps”, allegedly one of the most impressive sights in the country.

“Fans of hiking will find miles of mountain paths, winter sports enthusiasts can experience the numerous pistes and ski resorts and wildlife lovers can take advantage of the excellent opportunities for bear and bird watching,” CNN writes.

For mountain hikes, the Low Tatras National Park “is one of Slovakia’s most precious treasures… spanning an area of more than 1,000 square kilometers, this national park is the largest in the whole country”. The Low Tatras also offer almost infinite possibilities for outdoor sports. Freeride skiing enthusiasts will be excited to try the slopes of Chopok, renowned as one of the top freeride destinations in central Europe. For lovers of panoramic views, the top of the Ďumbier mountain is recommended, and for lovers of folklore and history there is the small village of Vlkolínec, a UNESCO-protected reserve of folk architecture, “which feels like traveling back in time”.

Other “must”sees are the Slovak castles, of which Bojnice (from the 12th century), one of the most visited fortresses in central Europe, is mentioned first and foremost and is described as “the most visited tourist attraction in the country and a great place to explore”. Bojncie spa and the local zoo add to the attraction of the place.

It is followed in popularity by Spiš Castle – founded in the 12th century and abandoned by its owners in the early 18th century – whose location on a hilltop overlooking “the endless valleys of eastern Slovakia” as well as its size make it unique. Visitors can “hike to the UNESCO-protected ruins from Spišské Podhradie”. On the outskirts of the Spišské Podhradie lies the unique ecclesiastical town of Spišská Kapitula (Spiš Chapter) which is also UNESCO protected. "The true gem of this complex is the superb St. Martin’s Cathedral, renowned as one of the most beautiful Romanesque churches in Slovakia”, according to CNN.

Once you are in the east of Slovakia, you should not miss out on the historical cities and towns, like Levoča (added to the UNESCO World Heritage List in 2009) which boasts an “historic walled city core with scenic narrow streets and plenty of beautiful architectural delights”. Levoča is also a city of fascinating records, CNN notes, with the spectacular wooden altar of the Basilica of St. James thought to be the largest in the world.

Another UNESCO-protected town is Bardejov, “dubbed the most Gothic of towns in Slovakia”, with its well-maintained, colorful burgher houses, the monumental Basilica of St. Egidius with its tower, and the exquisite Gothic altars, as well as a spa.

The town of Kežmarok features a UNESCO-protected Protestant wooden church, a picturesque Renaissance walled castle, a variety of magnificent churches and an elegant central square dominated by a beautiful town hall. “Once a significant trade center, Kežmarok is an extremely interesting destination to visit,” the article suggests, adding that “just a short drive away from Kežmarok, you’ll find the impressive Ľubovňa Castle, which evokes the glorious medieval history of this region.

From the East to West…

More towards the very heart of Slovakia lies the old mining town of Banská Štiavnica. “You can discover the rich mining history of the city at the Mining Museum with a descent into the historic shaft, Pavlo Fedykovich writes, adding that “there is also plenty to explore in the snake-shaped Old Town of Banská Štiavnica, from the spectacular Holy Trinity column, to the eye-catching burgher houses, the 15th century Gothic church of St. Catherine's and the Old Chateau (Starý zámok), which dates back to the 13th century”.

Back to the west of the country, Trenčín offers the grandiose Trenčín Castle towering over the charming houses of the Old Town. “Trenčín is believed to mark the northernmost known presence of the Romans in Central Europe, with the 179 CE rock inscription under the castle offering proof of this,” according to CNN. Trenčianske Teplice, a spa town 15 minutes drive away from Trenčín, is a perfect place for long strolls as well as bathing in the healing mineral waters, the story adds.

Other sites to be visited include, for example, caves such as the ice cave at Dobšinská, and several other unique examples.