Slovak FAM: The fact that Trump and Putin met is good for everyone

Since these two countries own 90 percent of global nuclear potential, and no global issue can be resolved without them… the philosophy with difference of opinion is to sit down and explain…, Miroslav Lajčák commented. 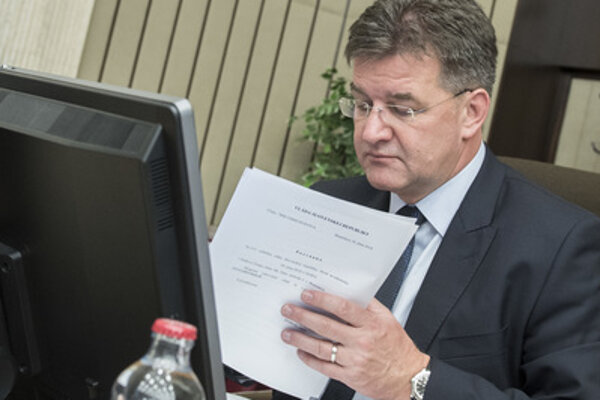 Commenting on US President Donald Trump’s meeting with Russian President Vladimir Putin in Helsinki, Slovak Foreign Minister Miroslav Lajčák has told the TASR newswire that he believes it is a good thing for everyone that the US and Russian leaders have met.

“These two countries own 90 percent of the planet’s nuclear potential,” minister explained. “No global issue can be resolved without either of them, and the same applies to most regional issues, regardless of whether we talk about North Korea, Iran or any other country.”

US President Donald Trump is willing to solve problems, and if Russia can be a part of the solutions, he is ready to cooperate, according to Lajčák. He is a supporter of dialogue.

“Things won’t be resolved by not discussing them, and no way can they be resolved if we bomb each other. If we have a difference of opinion on something, my philosophy is let us sit down at the table and explain why we are unable to agree on certain things,” the Slovak FAM stated.

He also said he does not understand the voices panicking over the fact that the two leaders have met. “It’s normal that people should communicate, and let us believe that their communication will result in an improvement of the overall international atmosphere, since it is extremely bad at the moment,” he said.

Putin and Trump held their first independent summit in Helsinki on Monday, July 16. The two heads of state discussed suspicions concerning the manipulation of the US presidential election, global security, opportunities for cooperation in the field of cyber security, Crimea and the current state of their mutual relationship.