There will be a sauna near Spišský Hrhov- for free

It will be built in the traditional Scandinavian way. 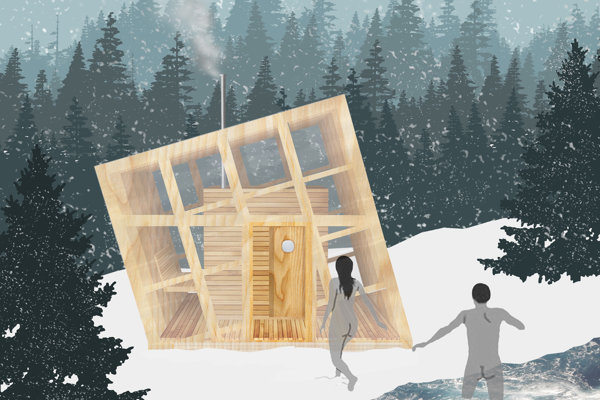 There will be sauna not far away from Spišský castle on the edge of the forest. Project co-creator Martin Lipták from the civic association Čierne diery (OZ Black Holes) stated that the sauna will be free for everyone who makes a reservation.

“It should be located only a few minutes by walking from Spišský Hrhov, at the edge of the old orchard,” he said, as quoted by the TASR newswire.

Enthusiasts for monuments in OZ Čierne diery, architects from Woven, activist Lívia Gažová and the local municipality are behind the project. They are working for free and started crowd-funding campaign on startlab.sk to raise money for the needed material.

“Thousands of tourists head to Spišský castle but they stop only rarely in the village of Spišský Hrhov,” Lipták noted, as cited by TASR. The small village harbors precious monuments and it is well-known by people who make their dreams come true. Many families from the surroundings have moved in and the Roma community is doing well there, Lipták explaining why they decided to help the village.

The forest sauna will offer its visitors a view of Spišský castle and Dreveník hill. Being in a natural sauna is an experience, according to Lipták.

“A person is all alone at the foothill in a forest beneath the stars near an ice-water stream; it is undisturbed relaxation,” he said for TASR. 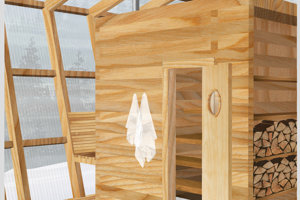 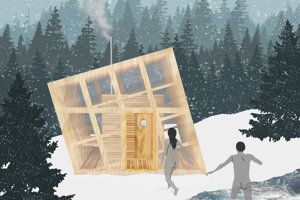 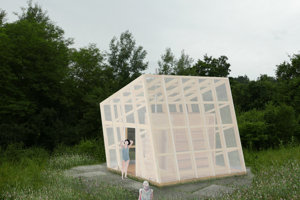 The forest sauna will be built by a local company from Spišský Hrhov and citizens of Hrhov will take care of its operation based on reservations.

“A local man will prepare the sauna for the agreed time and required temperature,” Lipták explained, as quoted by TASR. However, the sauna is designed so as to also work in other places in Slovakia and on its own, thanks to online reservations and a lock requiring a code, added Lipták.

No electricity or civilization

The sauna in Spišský Hrhov will be made from a wooden core and semi-transparent shell. The central sauna part will offer space to calm the senses. It should contain only the visitor, a small stove and wood, no electricity or other signs of civilization. The wood and polycarbonate shell will serve as a dressing room and for the storage of wood.

“Sauna will turn into a paper lantern in the evening with the lit candles thanks to semi-transparent material,” said Lipták for TASR, adding that they are also planning to install some art pieces.

The creators worked on the project for a year and discussed it with Finnish sauna expert Ransu Helenius, technicians, architects and sauna enthusiasts. So the sauna will be built in the traditional Scandinavian way.

“We are trying to drag attention to the less visible places on the Slovak map,” said Lipták for TASR, adding that the natural sauna in Dúbravica village is visited by people from various corners of Slovakia.

“We believe in the creation of a unique experience in Spišský Hrhov,” he summed up, as cited by TASR.