New cycling routes to appear in the Tatras surroundings

Project has the aim of building cycling, running, hiking and educative routes. 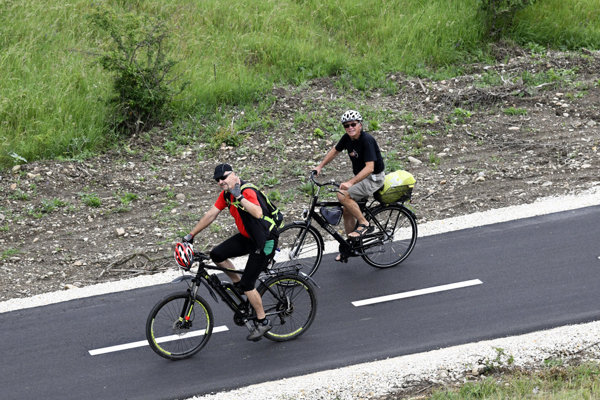 “The new phase will offer 26 kilometres of routes between the years 2019 and 2020,” said Alex Solár from the municipality of Stará Ľubovňa, as quoted by the TASR newswire.

The project is related to the Euroregion Tatry, which consists of more than 250 kilometres of cycling, running, hiking and educative routes.

About 60 kilometres of cycling routes on both the Slovak and Polish side of the Tatras around the border of Kacwin Veľká Franková were built in the second phase, said Solár. Cycling routes from Ždiar to Tatranská valley, Spišská Belá and Kežmarok were built on the Slovak side, together with parts in Liptovský Mikuláš, Trstená, Stará Ľubovňa and Hniezdne.