Australian in Slovakia: Bratislava has a great vibe

A book detailing a single mother’s eventful first year living in Bratislava started out as a joke. 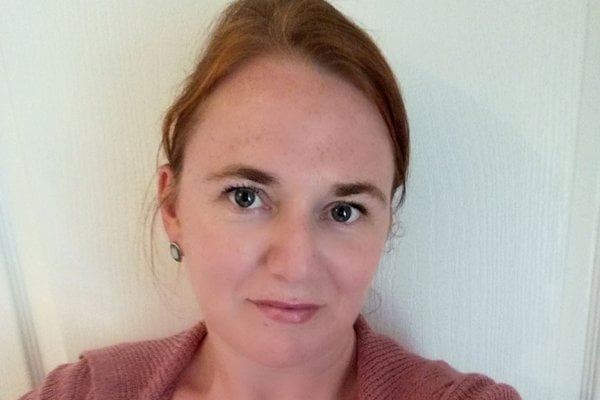 Christy Morgan moved to Bratislava with her two sons, aged 6 and 5, in April, 2017. Born in Australia, she went on to live and work in several countries, including Scotland, Ireland, Ukraine, Germany, and Canada. She is now self-employed, providing job-seeking consultation along with workshops and lessons in business English throughout Slovakia. Her recently published book, With Love from Bratislava, chronicles her first year living in the Slovak capital.

The Slovak Spectator (TSS): What was the catalyst for moving to Bratislava from Prince Edward Island?

Christy Morgan (CM): I was feeling kind of trapped in life. We moved to Canada because that’s where my husband at the time was from. We planned on moving back to Germany in a couple years but my husband grew complacent, I didn’t. Canada is a really great country but where we were living was very quiet. I started a food charity and tried to find opportunities that would help me make a difference but I knew I still wanted to get back in Europe. I was feeling trapped in a lot of different ways and I wasn’t sure what I was going to do. Then, as I talk about in the beginning of the book, an ex-boyfriend contacted me. We had this very complicated history and hadn’t been in contact for a while but he contacted me just at that moment when I was emotionally vulnerable and not sure what I wanted to do. It got me thinking about years ago and I thought, that’s a long time, ten years, and thinking about the future, I realised I can only do something in the present and I should just do it. It was now or never.

TSS: And was it scary? Exciting?

CM: It was a lot of things. And it was a process that took a few months from deciding “I’m going to do this” to getting here so I went through everything from excitement to fear; I’m still scared sometimes.

TSS: When you moved to Slovakia, you were in the process of separating from your husband, had two small children, and knew only three words in Slovak. How did you handle this situation?