From headwear to a forgotten piece of women's fashion

Slovak women cannot imagine covering their heads today, but their grandmothers had dozens of bonnets in their closets. 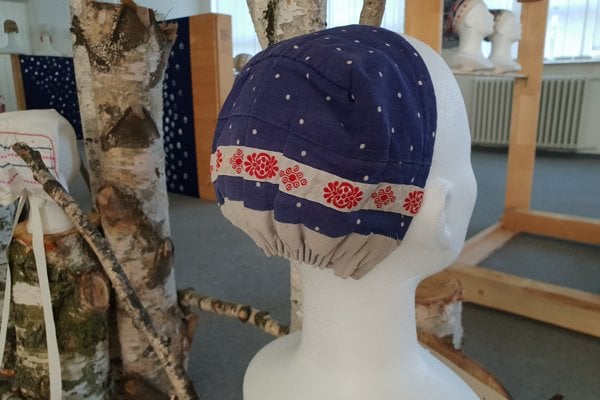 A bride sits in the middle of a circle while older women are dancing and singing around her exactly at midnight. Someone attending a Slovak wedding perhaps saw this tradition, called čepčenie, which tends to be popular even these days.

During the ceremony, married women take down the hair chaplet of the bride and put on a bonnet instead. The bonnet, called čepiec in Slovak, was a symbol of a married woman and she wore it from her wedding day onwards.

“People believed that if a married woman went out in public with an uncovered head, it badly influenced both society and her,” explains Eva Dudková, a curator of exhibition Beauty Created for Woman, presenting 200 bonnets in the Slovak National Museum in Martin until the end of summer.

The tradition of covering the hair of married or unmarried women with children is very old. The ancient Slavs had a tradition that when a man liked a woman, he threw a scarf or piece of fabric on her head and she became his even before marriage.

“When a woman got married, only her husband could see her hair,” Dudková told The Slovak Spectator.

Throughout history, a bonnet became a conspicuous part of women's fashion. While we tend to think of our ancestors of being rather poor, in the case of a bonnet it was the opposite.

“Women owned dozens of bonnets,” Dudková said. She thinks of the heritage the museum is receiving from a woman of Stupava, who owned one hundred bonnets. The headwear was passed down through the generations.