Lacrosse: the underdog sport of Slovakia

Lacrosse is gaining popularity in Slovakia and neighboring states but support for the North American sport remains low. 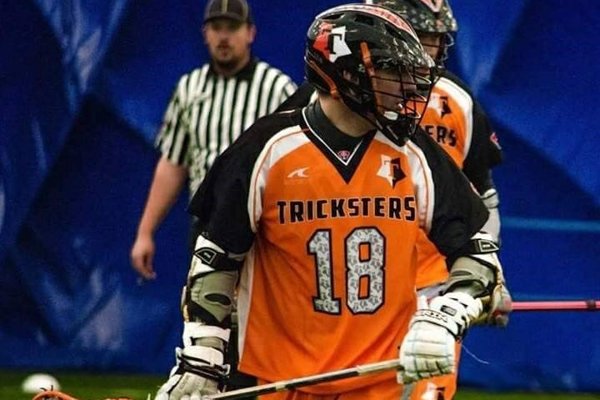 Slovakia may be a young nation, but most Slovaks appreciate long-standing traditions. National recipes are fiercely protected, eyebrow-raising Easter traditions live on, and sports like ice-hockey and football seem to turn even the most inactive Slovaks into fanatic sport fans.

However, some sports, especially those originating from other parts of the world like lacrosse, are not as easily accepted by the Slovak public.

Gift from the Native Americans

Lacrosse, originally called “stick ball”, was a beloved pastime of Native Americans, especially among tribes of the east and the Great Lakes region. In the 1800s, the curious sport, which involves sticks with nets attached to the end, became popular in Canada and was later named the country’s national game. To this day, lacrosse remains a hugely popular sport in North America, while Europeans, Slovaks included, are slow to catch on.

‘‘Lacrosse in Slovakia is not well-known,’’ remarks Martin Kramár, president of the Tricksters Lacrosse Club in Bratislava. ‘‘Slovaks prefer ice-hockey and football, while other sports are minor.’’

Slovakia was first introduced to the sport, already played by the neighboring Czech Republic, in 2003 when Mark Lichtner founded the Tricksters alongside his brother, Tomas. M.Lichtner was intrigued by the sport he came across while studying the North American Native Americans and thought it would be a good idea to bring it to Slovakia. The Tricksters then established the first Danube Lacrosse Conference (DLC), together with Austria, allowing lacrosse to progress in Slovakia.

Unsurprisingly, introducing lacrosse to Slovakia was difficult and the Tricksters and other Slovak clubs are still struggling to gain support and legitimacy.

‘‘The first few months, we did not have the right equipment, with the exception of lacrosse sticks and helmets, so we used mainly hockey guards,” remembers Kramár.

Recruiting new players continues to be a challenge, too, as many Slovaks are not familiar with the sport. However, back in 2003, the club was able to find enough players to form a team when it appealed to friends and friends-of-friends.