One of the biggest banks in Slovakia halts outdoor advertising

It's not the first such initiative, the Grape music festival anounced scrapping its outdoor advertising last December. 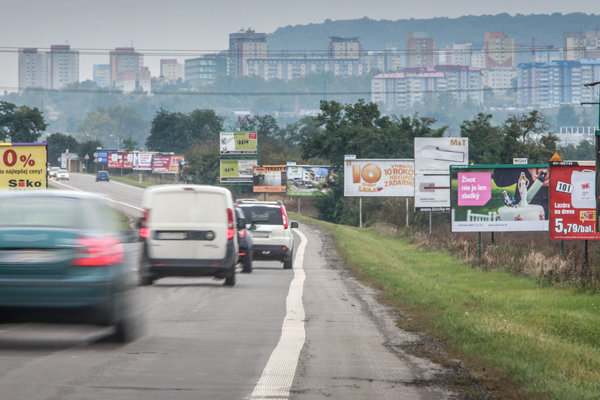 One of the biggest banks in Slovakia, Slovenská Sporiteľňa, has halted the usage of outdoor advertising like billboards and citylights in its communication as of August 1.

So far the bank was one of the top five outdoor advertisers. It spent €1.2 million on outdoor advertising in 2017, according to the Sme daily. Now they say they no longer want to contribute to the visual smog in public spaces.

“The bank is strong in the usage of digital communication and in work with data. Thus, it continues only with marking its branches with the bank's logo in terms of outdoor advertising,” Slovenská Sporiteľňa writes in its press release.

The last poster it had - on Kamené Square – is now used as a slide on Kuchajda lake in the Bratislava’s Nové Mesto.

The bank will continue using indoor advertising, i.e. advertisements in shopping centres, cinemas, fitness centres and other places, in which advertising space is already a functional and aesthetic part of the premises.

It hopes to inspire other advertisers in Slovakia to take the same step.

The scrapping of outdoor advertising is part of the bank’s new campaign Mám na to (I Can Do It). Its part is also a €250,000 grant of its foundation. Its goal is to inspire society and to find local heroes with good ideas.

One of the biggest outdoor music festivals, Grape, announced in December that it would not use any outdoor advertising and its promotion would focus on the internet.