The highest number of passengers processed has been achieved in July 2018, for the third consecutive month. 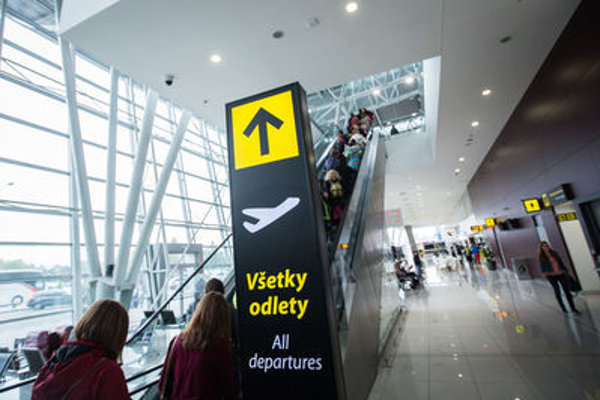 M.R. Štefánik Airport in Bratislava processed 349,720 passengers in July of this year (both arrivals and departures), which was the highest number of passengers handled in a single month since the beginning of the airport’s operation in 1951, airport general director Jozef Pojedinec told a news conference on August 15.

The airport has been reaching all-time highs in the number of passengers served for a third consecutive month, Pojedinec said, as quoted by the TASR newswire. Following June and July, August should continue in this trend, as well.

BTS processed 1,251,283 passengers in the first seven months of this year, an increase of 20 percent compared to the same period last year. Among the busiest routes were those to London, Dublin, Moscow, Milan, Skopje and Kiev. Flights to Antalya (Turkey), Hurghada (Egypt), Thessaloniki, Creta and Rhodes (Greece) were the most in demand during the holiday season.

Pojedinec predicts that the airport will show record figures of processed passengers for the whole year, too.

“If nothing extraordinary concerning security happens in the world, the 2018 results might break the previous all-time highs,” the airport CEO opined. “We expect the number of passengers at about 2,240,000.”