Ján Tkáč from the Slovak Academy of Sciences has received financing for a project to diagnose prostate cancer more accurately. 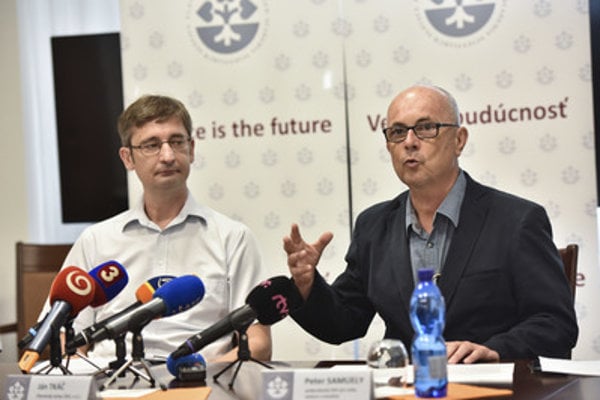 Slovakia has acquired the European version of a “scientific Oscar”, when the European Research Council (ERC) approved and endorsed finance for a project by Ján Tkáč from the Slovak Academy of Sciences’ Chemical Institute on the diagnosis of prostate cancer with the use of innovative methods, SAS vice-chair Peter Samuely said at a press conference on August 16.

The project represents the first ERC Proof of Concept grant that the European research authority has ever approved for Slovakia to date.

“The project was created with the support from scientist Pavol Čekan and the Health Ministry, which in this fashion reflects the long-term strategy of biomedical applied research development in Slovakia,” Samuely said, as quoted by the TASR newswire.

It includes the commercial strategy, methods for the regulation of conditions, marketing strategy and sales, price analysis and the economic potential of the product, the Sme daily wrote.

The purpose of the grant is to apply the results of basic research into biomedical practice, according to Tkáč. “The statistics establish that one in eight men will develop this illness during their lifetime. Some 400,000 people die of this disease on an annual basis,” he said for TASR.

Diagnostic kits to hit the market in three years

Scientists Tkáč and Tomáš Berok expect the preparation of prostate cancer diagnostic kits to be realised in two versions: clinical tests for oncology facilities and hospitals, and home tests for the public. Tkáč is confident that the results from the home tests can be acquired within ten minutes, whereas it might take roughly an hour with the clinical tests.

The kits are likely to hit the market in 2021. The Slovak solution offers considerably better parameters for diagnosing the cancer, at a better price, Sme quoted the researcher as having said. Thus, it can be used in clinical practice around the world.

“In the future, we would also like to develop kits for the diagnosis of other illnesses as well, for instance, breast cancer,” Tkáč claimed, adding – according to Sme – that the current situation in SAS, highly publicised and resembling stalemate – has not threatened them very much. “We are now in a position to sign the contract with Brussels,” he summed up for Sme.