Tanks rumbled through the streets, crushing everything in their way

Tim Wade visited Czechoslovakia in 1968 as a 12-year-old boy. Here are his memories from the invasion in Prague. 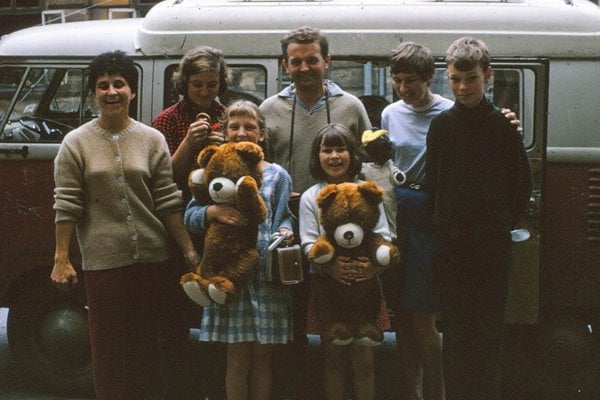 My family with our Czech friends in Jihlava. (Source: Archive of Tim Wade)
Font size:A-|A+284

We were on our way to see our friends that we had met the previous year in Dubrovnik. We stayed in a campsite south of Prague for a few days to visit the beautiful city. On the morning of August 21, I woke up very early to see lots of tanks and soldiers in the distance, which prompted me to wake my parents. They told me to go back to sleep, saying it was normal to see soldiers in a socialist country.

When we all surfaced, my father tuned into the World Service to find out that the invasion of Czechoslovakia had started the night before. Loudspeakers in the campsite were telling foreign campers to leave the country. We had hardly any petrol in our VW camper and realised there would be too many people and campers going the same way out of the country, so we headed east towards Brno and then to the rural garrison town of Jihlava.

Luckily, we found petrol on a small back road, but encountered a long , tiring and hazardous journey, meeting tanks and soldiers.

One week in Jihlava

We finally got to our destination of Jihlava and met our friends Jiri, Mila & Dana, who hid our campervan in a secret yard. They swiftly took us to the safety of their apartment above the town. At night, my father and I would join Jiri and his friends in turning signposts around so the invaders would get lost. We even painted signs on walls pointing to Moscow.

The Russians surrounded the town of Jihlava, which had a Czech army garrison, and demanded their surrender and fuel. It was very frightening with large tanks, field guns and snipers pointing at the town from the surrounding hills. 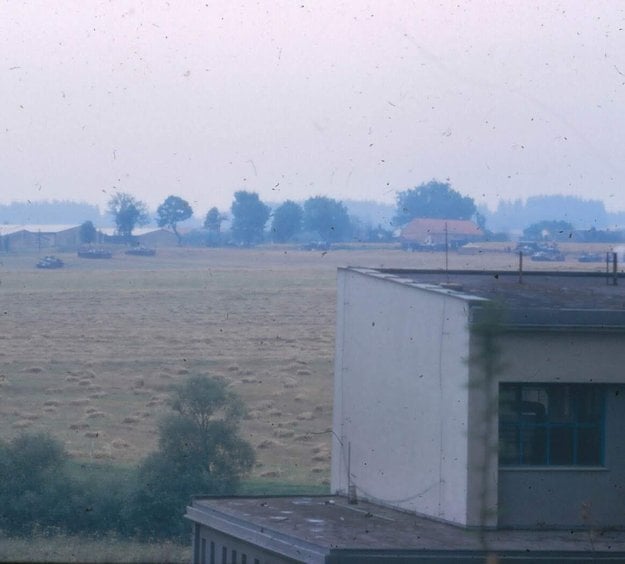 At night, tanks rumbled through the streets crushing everything in their way. There was the sound of a short burst of automatic gun fire, the roar of tanks and angry people shouting at their invaders.

We spent another week in Jihlava , visiting the zoo ( ironically the Russian bear had escaped on the night of the invasion). We witnessed a 13-year-old boy being shot for throwing stones at the passing tanks and one man being crushed by a tank. My father wanted to get out of the country to safety as soon as possible.

Our friends had managed to get black market petrol for us and we drove towards the border near Brno, but we were turned back by the Russian soldiers. Jiri found a way through small roads to the Austrian border, and we got across after being questioned by some Russian officers who realised that we were just tourists, not Czechs fleeing the country.

In Austria, there were lots of soldiers and army intelligence who questioned my father at length of any military movements we had seen on our journey.

Back at school in England, my teacher asked me if I wanted a penfriend in Czechoslovakia. I got two penfriends; Janetta from Bratislava and Pavel from Šumperk, who I wrote to with difficulty over the years as all our correspondence was edited by the police!

In 1978, I managed to get a travel visa to visit Czechoslovakia. It was very hard to get the permission. I travelled across Europe on my old two stroke James motorcycle, visiting my penfriends and my old friends in Jihlava. Everything had changed- there was tight control of the people, food shortages and a lot of suspicion. However, you can't change people's beliefs, even if you suppress and control them.

I visited Czechoslovakia 10 times during the next six years until I was arrested and deported in August 1984. I think it happened when I was drinking in a beer cellar in Prague with friends and we were joking about socialism. It was a frightening experience, and it meant I wasn't able to visit again and communication with my friends in Czechoslovakia was very difficult.

By the end of 1989 after the Velvet Revolution, I drove to Bratislava and met my friends in the Castle of Devín on the banks of the Danube for a joyous reunion and celebration of their long-awaited freedom and independence.

In 1995, I was awarded a Winston Churchill travelling fellowship and visited the Czech & Slovak republics, Poland and Hungary, looking at Timber, trade and tourism. The following year, I was given a Queen Elizabeth craft scholarship, which allowed me to work and learn from one the best Slovak wood carvers in central Europe.

I have many close and lifelong friends, a love and understanding about the history, culture, arts and crafts in central Europe. I even met my future Hungarian wife Zsuzsanna in Slovakia at an international crafts festival.

It's the 21st of August, 2018. I am living in central Europe with my wife Zsuzsanna, working in our own craft business with wood and leather arts & crafts.

I worry that we are once again in very unstable times in Europe, full of nationalism, migration, racism, Brexit and wars. I fear that people have forgotten what it was like to be controlled under socialism with the iron curtain. I hope people learn from history and don't repeat these events again.

Thank you for singing up. Shortly an email will be sent to the address you provided to verify your e-mail.
Error! Please try to register again later, your e-mail was not registered.
Your email is not in a correct format.
Please confirm you are not a robot.
Share on Facebook (284)Comments disabled