The labour force shortage is also an issue for members of the American Chamber of Commerce in Slovakia. 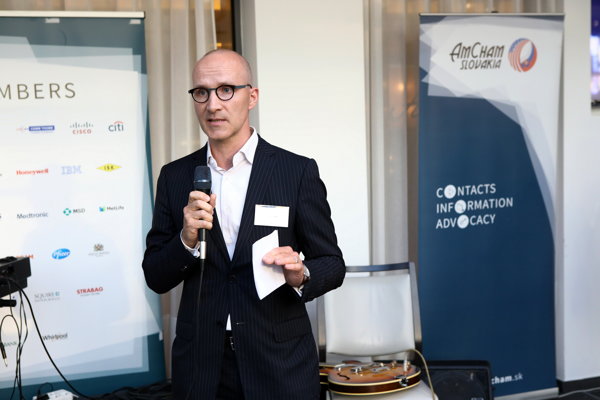 The American Chamber of Commerce in Slovakia

The American Chamber of Commerce in Slovakia is a service-oriented organisation. It was founded in 1993 in Bratislava and has since transformed into an international chamber. Out of its more than 330 member companies from 26 countries, about 40 percent are Slovak companies and approximately 23 percent are American companies. Today, it is one of the most active and professional foreign chambers of commerce in Slovakia. Its activities focus on improving the local business environment with stress on education, the fight against corruption, law enforcement, the building of a knowledge-based economy and development of innovations.

Slovakia remains an interesting investment destination for US investors, thanks to the favourable ratio of wage costs and performance of the labour force, but also because Slovaks do not go on strike very often and the political situation in the country, despite some turbulence, is stable. However, members of the American Chamber of Commerce in Slovakia (AmCham) have started to feel the heat of the labour market. Much like other companies, they are failing to find workers for their new projects.

“Now, we are talking more about some missed opportunities,” said Ronald Blaško, new executive director of AmCham, who replaced Jake Slegers after 17 years. “But this is simultaneously a challenge and a threat for Slovakia’s economy.”

The Slovak Spectator spoke with Blaško about tariffs imposed by the Trump administration and the threat of a trade war, the Rule of Law initiative and more.

The Slovak Spectator (TSS): The United States has imposed tariffs on steel and aluminium from Canada, Mexico and the European Union and threatened the EU with an increase of tariffs on imported cars. In your opinion, is a trade war between the US and the EU threatening?