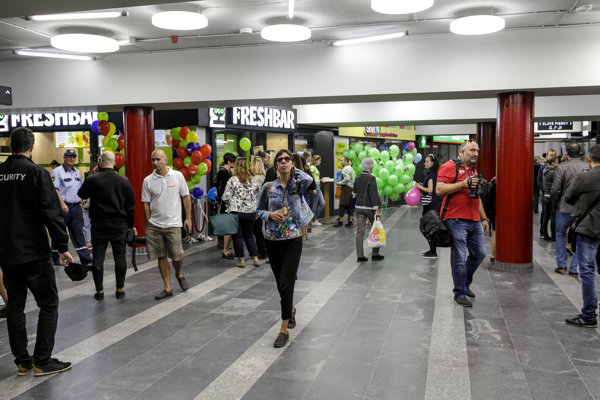 The refurbished underpass at Trnavské Mýto in Bratislava was opened to the public on August 27.

During the refurbishment, the facilities as well as the inner spaces were changed. There is also new wiring, lighting, floors, walls and ceilings. Moreover, the constructors changed the escalators, installed new lifts and renovated the entrances. The reconstruction partially impacted the tram stops too, the TASR newswire reported.

“For the first time in history the underpass will be barrier-free,” said Bratislava Mayor Ivo Nesrovnal, as quoted by TASR. “The reconstruction of this underpass is the first step towards creating a new transport and social junction in Bratislava, at Trnavské Mýto.” 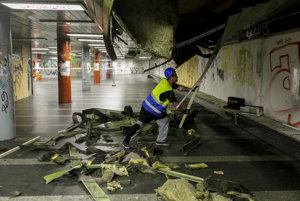 The underpass will now be monitored 24 hours a day by camera systems and security services.

Several new shops were added, such as groceries, a pharmacy, a stationery shop, a florist and a café.

“We want people to perceive this underpass not just as a junction between two points but also as somewhere to get anything they need,” said Peter Lukeš, chair of the board of directors of the company Immocap Group which was responsible for the reconstruction, as quoted by TASR.

At the same time, Trnavské Mýto underwent some changes too, with new flower-beds and trees being added. The pavements were rebuilt, and there are now barrier-free entrances to the tram stops. The shelters and transport signs also got a make-over. 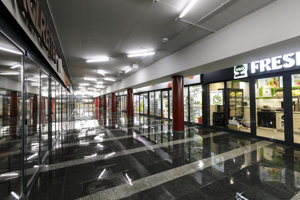 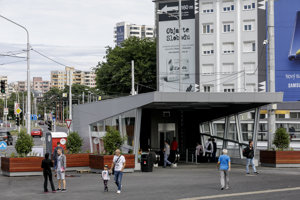 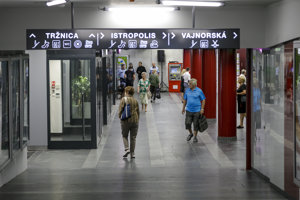 How much did it cost?

The reconstruction cost €4.1 million, with the Capital contributing €1.6 million. The work started on October 16, 2017, following the decision of the Bratislava city council adopted in late September 2016.

At the same time an agreement was reached allowing the Immocap Group to rent Trnavské Mýto for 15 years with a five-year option for one euro annually. A condition was that the company should invest at least €1.01 million ex VAT into the refurbishment, TASR wrote.