Slovak teacher: Our language is not as difficult as we make it out to be 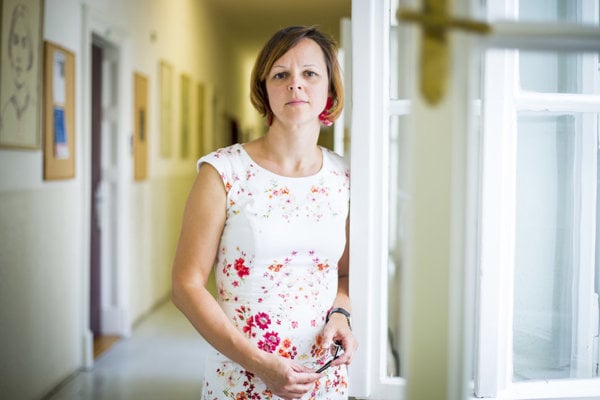 Foreigners who learn Slovak are not bothered by the linguistic phenomenon called “vybrané slová” (exempted words) or the soft “ľ” in pronunciation. “It’s enough if you just show them the words we took over from Latin, or from other languages: univerzita, študent, banka, hotel, film, šport, víkend, etc. They think: Oh, I already know a lot, and can understand a lot, even though I cannot manage the word endings,” Michaela Mošaťová, who has been teaching Slovak to foreigners for almost 20 years, reveals her secret to successful learning. She also co-authored a series of textbooks of Slovak as a foreign language called Krížom-krážom – currently the most up-to-date and probably the most used Slovak language textbook for foreigners.

Sme: Slovak is said to be the most difficult language in the world, no other is as hard as this one, and no foreigner is able to learn it properly. This has been a very popular hoax spread on the internet. What is your opinion?

Michaela Mošaťová (MM): It is a myth, and the Ľ. Štúr Institute of Linguistics of Slovak Academy of Sciences reacted to it quite strongly as well. Each language has its simpler and more difficult phenomena. The mother tongue of the Slovak learner also makes a difference.

It definitely is not an easy language: we inflect nouns, adjectives, verbs, pronouns and numerals. But the Czech or Polish languages have even more difficult rules – a more difficult way of creating past tense, higher variability in declension, for example the alternation ruka – v ruce, noha – o noze. Moreover, the difference between so-called “common Czech “ and the standard language is bigger than it is in Slovak, so it is all the more complicated in communication.

Sme: So can a foreigner – an adult – learn perfect Slovak?

MM: What is perfect knowledge of a language? Can a native speaker even master their language perfectly? They may not understand the same language in a different region. Moreover, do they master all expert terminology, archaisms and poeticisms?

If we talk about the most advanced levels of mastering a language, foreigners can learn that, of course. At the faculty, we have foreign colleagues who speak beautifully in Slovak. On the other hand, we also have professional interpreters that can interpret politicians’ speeches in the European Parliament or demanding expert texts, but don’t speak actively in Slovak as they don’t need to.

Thank you for singing up. Shortly an email will be sent to the address you provided to verify your e-mail.
Error! Please try to register again later, your e-mail was not registered.
Your email is not in a correct format.
Please confirm you are not a robot.
Share on Facebook (300)Comments disabled