A few times a year, those granted international protection in Slovakia gather with employees of the Migration Office to discuss how they are doing in their integration efforts. 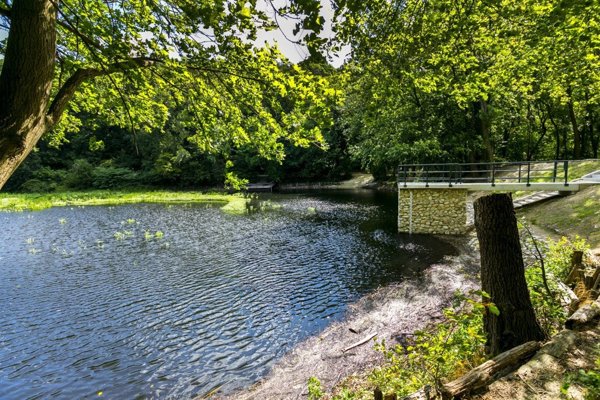 Multinational food sizzles on one of the public grills in Železná Studnička while old and new friends discuss simple things, such as the difficulty of learning Slovak and what they miss about home.

On this brisk afternoon, most seem to be wishing for the warmer weather of their mother countries.

Every three to four months, the Migration Office, a separate office within the Interior Ministry, organises a get together for refugees, specifically those who were granted asylum or subsidiary protection in Slovakia. These meetings are informal and a chance for people to share their experiences in Slovakia with one another.

Today, the group is diverse. There is a family from Cameroon, others from Afghanistan, Syria and Somalia. Some have been here for more than five years, others for less. Although they all speak various levels of Slovak and English, communication does not seem to be a problem: they are bound by common experience as they adjust to their new lives in Slovakia.

The Migration Office cooperates with NGOs to ensure suitable accommodation, employment counselling, Slovak language courses, psychological and legal counselling. It oversees the whole process of integration in Slovakia and communicates with many public institutions, such as schools and labour offices.

Seeking employment opportunities for those with international protection is another focus of the Migration Office. Unfortunately, many are disadvantaged as their previous education and skills are not always recognized, and they struggle with the language barrier. Plus, some employers are not very keen to employ people of different cultures. This can be an extra challenge for single mothers with small children as many Slovak kindergartens are full.

However, the office states that the goal of these meetings is simple:

“We just want to see how they are doing in their new life in Slovakia and at the same time show people that they have support and may turn to the Migration Office if a difficult situation arises.”

Interestingly enough, there is a migration paradox that the migration office points out on its website. In 2004, there were 11,395 asylum seekers. In 2017, there were only 166.

Despite the large decline in asylum seekers in Slovakia, negative perceptions of migrants persist. In fact, some of the Muslim women who come to these meetings say they have even been physically attacked for wearing hijabs.

The centre tries to dispel negative stereotypes associated with migrants, often perpetrated by the media and politicians, through education. During their educational seminars, some of the migrants that the centre has worked with share their personal stories with students of various age groups, reminding Slovaks that we are all in fact migrants and can learn from one another.