Zuzana Limova’s documentary ‘Before I Met You’ examines the state of maternity wards in Slovakia. 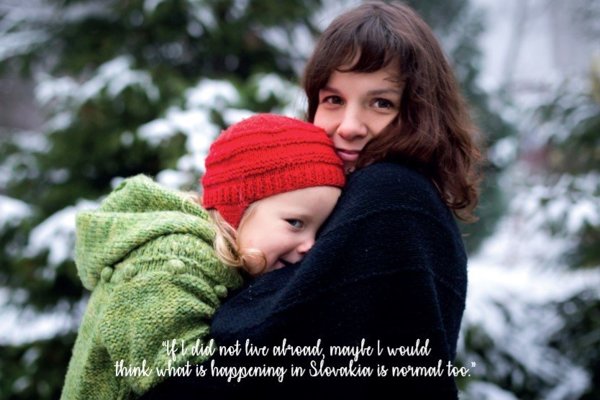 I completed the documentary as part of my diploma project. Since its release, it has caused a huge media uproar.

Human rights organizations have started to screen it internationally

Seeing the problem on film is very different from reading about it in a report. The film has become a tool for many activists. However, what we presented is nothing new. The problem in Slovakia has been flagged by many international watchdogs.

The Ministry of Health will be releasing new guidelines for obstetricians

Slovak doctors will now have to follow a new medical protocol, one which is based on evidence instead of out-of-date procedures and habits. Is this institutional change a result of our film? We can’t say for sure, but it is nice to see change happen.

That is the power of the moving picture

I studied documentary filmmaking in Italy during a three year program. From the very start, I worked with an international team, which gave the project more credibility.

The film is also based on my personal experience; my daughter was born in Slovakia

When I gave birth, I was really confused by the very weird and very strict regime that operated in the state wards. It seemed like not much had changed from the past. Sure, the hospitals had better equipment. But the thinking had not changed at all.

We received numerous threats before the film was released. Some people were very upset that we exposed the topic. I thought the public debate would take a different direction, more towards a discussion of the mothers. But the stakeholders seemed to be focused on a completely different topic.

They wanted to analyse whether the film was objective or not?

For generations, thousands upon thousands of women have been complaining. They knew that something was not right in the birth wards of Slovakia yet our society has denied their pain. We have normalized obstetric violence.

It’s the same excuse every time, ‘this is how we have always done it’

Well, things have to change, like separating mothers from their children after birth. The medical community knows that this practice is wrong and even harmful.

We still have a long way to go…

Perhaps we are still not grown up enough as a society to talk about certain things. A major part of our population was raised in a different regime.

If I did not live abroad, maybe I would think what is happening in Slovakia is normal too

I was lucky to experience something different. I cannot even compare the maternity wards in Northern Italy to those at home. The doctors and staff take a very different approach with the mothers-to-be.

This film made me a human rights activist

This was not my goal, but because of the uproar the project needed a spokesperson. I became its voice and in doing so, the voice of the topic as well.

Let’s not shoot the messenger

We cannot expect a society that has been traumatized for many years to all of a sudden clap its hands and cheer at being exposed to its own shadow.

We need to end the silence