Criticism of the general repairs carried out by a Slovak company could be an attempt to sour the deal. 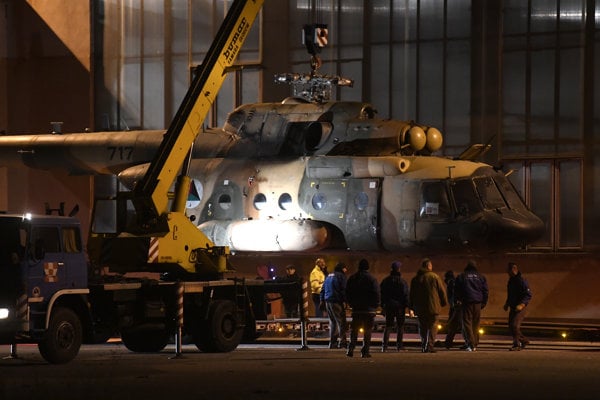 An agreement that may guarantee Slovakia dozens of millions euros might be in danger. The Russian state-run company Vertoloty Rossii has cast doubt on the quality of the repair work carried out by Slovak technicians from the Letecké Opravovne Trenčín (LOTN) company on the first Afghani Mi-17 helicopters earlier this year, the Denník N daily reported.

The Russian firm disclaimed “all liability for the further safe operation of this rotorcraft and has good reason to refuse to provide service support for this helicopter’s operation”, as it wrote on its website.

In the company’s opinion, LOTN has not mastered the overhaul of this type of rotorcraft in due order. Moreover, it was carried out “under the repair/overhaul documentation developed by LOTN without the participation and supervision of the designer and manufacturer”.

Vertoloty Rossii also informed that updated overhaul and design documentation, spare parts and group kits for overhaul were never supplied to the Trenčín-based firm. It even enrolled the Slovak firm on the list of aircraft repair facilities performing unauthorized overhaul of military-transport rotorcraft of the Mi-17V-5 type.

The repair of Afghani helicopters is paid for by NATO and the USA. It, among other things, gives international prestige to LOTN, which runs under the Slovak Defence Ministry, Denník N wrote. 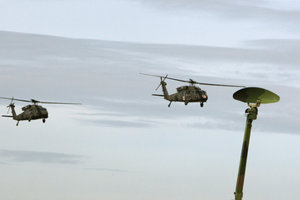 Since the company aids the west in helping Afghanistan to battle the Taliban, the project is monitored by professional foreign media. This is why they immediately made the Russian statement public, according to the daily.

LOTN appears to be in a tough position. The reaction might only be a tactic aiming to obtain more benefits from the Slovak contract, but it could also result in Slovakia losing the agreement. The reason being that when military helicopters are repaired, the work cannot be carried out without the cooperation of the producer who provides the necessary certificates and original spare parts, Denník N wrote.

LOTN won the international competition organised by NATO in the autumn of 2016, defeating for example the companies from the Czech Republic, Bulgaria and Lithuania.

“It’s one of the biggest orders in the history of the repair company,” said Defence Minister Peter Gajdoš (Slovak National Party) in November 2016, as quoted by Denník N.

The ministry subsequently increased the company’s basic capital by €30 million to help it prepare for the project, according to the daily.

The volume of the agreement has never been published, Denník N wrote.

The first three helicopters arrived in Trenčín in November 2016. The repair of the first one was completed this summer and the helicopter was subsequently sent to Afghanistan. The other two are expected to be repaired next year.

Denník N wrote that the problem is not in the low-quality of repair works. It is more probable that the company failed to receive the necessary certificates from the Russians, who are now using the fact.

A source told the daily that one of the motivations of the Russians might be competitive and political. Vertoloty Rossii, which unites all helicopters producers in Russia, is not only a partner, but also competition for the Slovaks. The Russians tried to win the repair contract for the Afghani helicopters, but this was unacceptable to both the US and NATO, the source told Denník N.

The fate of the deal will not depend on the Americans and the NATO Support and Procurement Agency, but the ordering parties.