The station should be complete in 2020 and Mlynské Nivy Street finished by the autumn of 2019.

Construction of a brand new bus station and the extensive reconstruction of Mlynské Nivy Street are going according to plan. While the transformation of the street into a boulevard should be complete by the autumn of 2019, the bus station won't be finished until 2020, representatives of the developer HB Reavis and Bratislava city council said, after checking the construction site on September 18.

“In May we launched the rebuilding of the infrastructure on the southern part of Mlynské Nivy Street, where we are renewing public water mains, gas pipes, electric mains, optical cables, cables for public lighting as well as the road itself,” said Jakub Gossányi from HB Reavis, as cited by the TASR newswire. 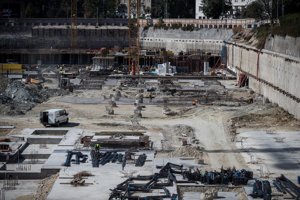 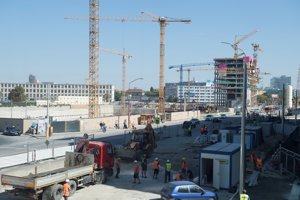 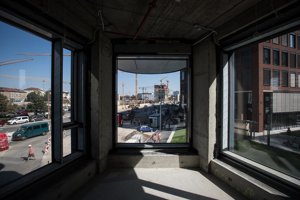 Reconstruction of Mlynské Nivy Street is divided into two phases with the second one starting in late autumn. After the reconstruction, the street will have one extra lane in each direction, an underground roundabout, cycling routes, new pavements and greenery.

The developer is reconstructing Mlynské Nivy Street at its own cost while its investment into the infrastructure of the whole zone of Nové Nivy is estimated at €40 million.

The bus station will be a combination of an international bus terminal, a shopping centre, a market hall and the office tower.

The total investment into the Stanica Nivy project is projected to be €345 million.