Do teachers need to hunt for credits?

Slovak teachers are not motivated to undergo professional development courses. One of the reasons might be the deformed system. 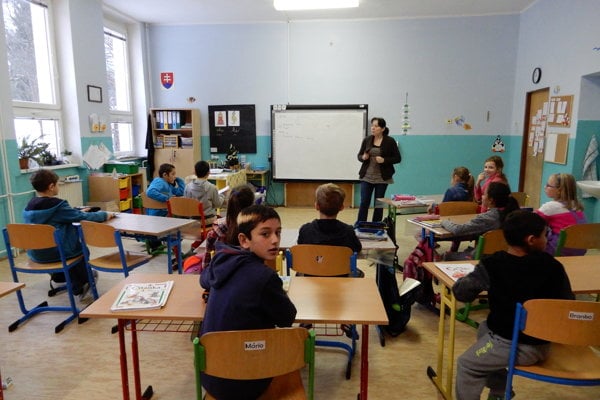 “It’s important not only to educate children, but also work on their social skills and rules for their future lives,” said Tatiana Kizivatová, headmistress of Primary School and Kindergarten of Ján Amos Komenský in Bratislava’s borough of Rača.

Her school is the only one in the Slovak capital applying the Highly Effective Teaching (HET) Model, developed by Susan Kovalik, which in fact translates the research of neuroscience into action within the classroom, making education more efficient, long-lasting and fun for children.

“Children like going to school,” Zuzana Lacková, teacher at the first stage of primary school in Rača, told The Slovak Spectator when describing the benefits of the model. She praises the fact that their pupils do not have to memorise anything, but instead learn how to use their knowledge in practice. They subsequently post good results in tests.

Apart from pupils, teachers educate themselves based on the HET model, mostly by exchanging their skills and experience with their colleagues. The meetings take place at school, but also outside in a more informal atmosphere.

“We are creating a safe environment for us teachers,” added Lacková, who often coaches her younger colleagues, stressing that it is very important to feel safe at the workplace.

The school is among exceptions when it comes to the further education of teachers. Even though their continual professional development significantly contributes to improving the quality of the education process, the surveys confirm that Slovak teachers lack the motivation to participate in respective courses. Even if they do, the courses are mostly accredited by the Education Ministry, offering them credits to increase their salaries.

However, the current system, called by some “a chase for credits”, is widely criticised by teachers and observers who are calling for more fundamental changes.

While in the countries of the Organisation for Economic Cooperation and Development (OECD) 71 percent of teachers underwent some kind of professional development in the past year, in Slovakia it was only 39 percent, as stems from the 2013 TALIS survey.