All four people detained in connection with the murder of journalist Ján Kuciak are being held in pre-trial custody. Three are appealing the Specialised Court's decision. 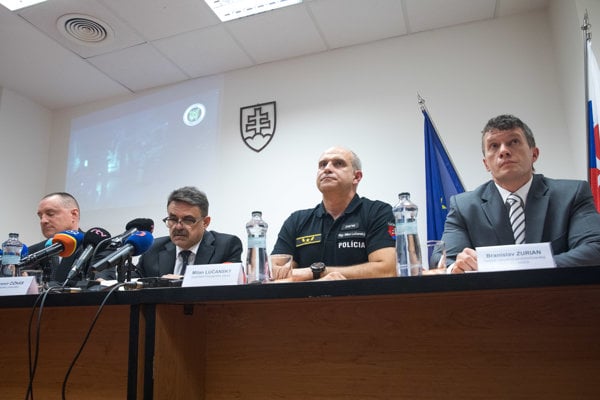 The representatives of the General Prosecutor's Office and the police inform on the latest revelations in the Ján Kuciak murder case. (Source: SITA)
Font size:A-|A+  Comments disabled

The General Prosecutor’s Office summoned a press conference for October 1, during which it revealed new facts concerning the murders of reporter Ján Kuciak and his fiancée Martina Kušnírová in February.

The General Prosecutor’s Office confirmed that the target was Kuciak, while Kušnírová was just in the wrong place at the wrong time, the Sme daily reported.

Kuciak’s murder was allegedly ordered for the price of €70,00, €50,000 plus €20,000 as debt remission. The person who ordered the hit was Alena Zs., ex-police officer Tomáš Sz. was the hitman, Miroslav M. the driver and Zoltán A. the go-between.

Meanwhile, the Specialised Criminal Court judge Roman Púchovský sent the four suspects into custody on September 30. All but Zoltán A. appealed the ruling which is not yet in effect, Sme wrote. Five other detainees have been released. The case has been handed up to the Supreme Court. 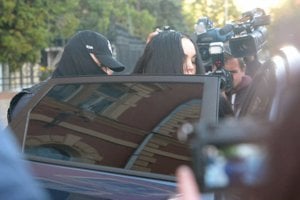 Zoltán A. owed €20,000 to Zs., according to the prosecutor’s office. Thus, remission of this debt was part of the reward for his involvement in the murder.

The prosecutor for the Special Prosecutor’s Office has not confirmed any connection between Alena Zs. and the businessman Marian Kočner. She allegedly interpreted Italian for him, Sme wrote.

Marián Markovič, a famous businessman from Komárno, has stated that he was Zs.’s partner 11 years ago and confirmed for the Nový Čas tabloid daily that Marián Kočner is the godfather of his and Alena Zs.’s daughter, a fact the Komárno businessman allegedly only recently learned.

The more monstrous part of the whole story seems to be still missing, Sme wrote, suggesting that still other people may be behind the murder.

Despite Zoltán A. cooperating with prosecutorial bodies and the NAKA criminal agency having seized arms, cars and a mobile phone used by the perpetrators, it may be still difficult to pin down all the people involved.

The evidence against the four already in detention is quite strong but leaves little room for optimism, General Prosecutor Jaromír Čižnár said, as quoted by the SITA newswire. He added that the case will only be successfully concluded after the suspects fail to answer the charges against them and are rightfully and effectively sentenced.

Meanwhile, Reporters Without Borders (RSF) hailed the long-awaited breakthrough in the investigation.

“We welcome this breakthrough in the Slovak police investigation into the deaths of Ján Kuciak and his fiancée Martina Kušnírová seven months after their murder,” RSF secretary-general Christophe Deloire said. “The prosecutor recognised that these arrests were sped up because of the constant pressure from civil society. We ask that the investigation be pursued to the end in order to determine the motive for the murder and to identify any other persons involved in the chain of command.”