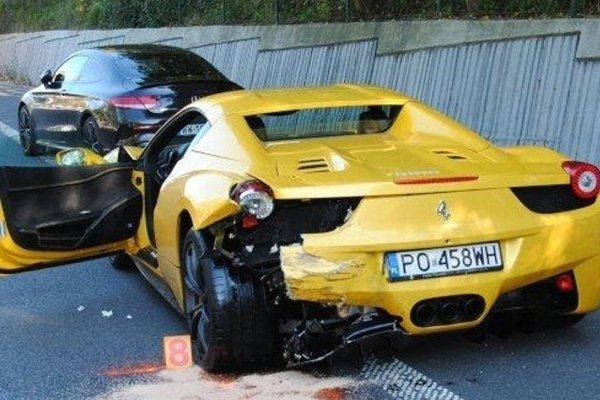 A car race among three Poles in a Porsche, Ferrari and Mercedes in the Orava region ended tragically when a man who was travelling with his family died.

“They [Poles] did not manage an overtaking manoeuvre through a solid lane at high speed,” the police reported on Facebook. “The driver of the Mercedes managed to merge, the driver of the Ferrari braked slightly, followed by the crash of the Porsche's driver, who collided head-on with the driver of the Škoda Fabia.”

The Fabia was being driven by a 57-year-old driver from Oravský Podzámok. His injuries were so severe he died while en route to the hospital. The 50-year-old front seat passenger was severely injured as well and a 21-year-old passenger only mildly.

Police took the culprit of the car crash, a 42-year-old Pole, away in handcuffs. The other two drivers were only 26- and 27-year-old.

“They are young people, maybe the children of some millionaires, they are driving like fools here,” said the witnesses of the car crash. 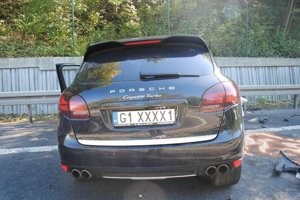 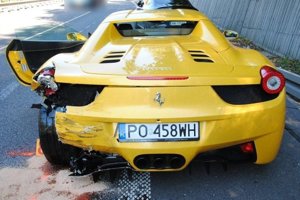 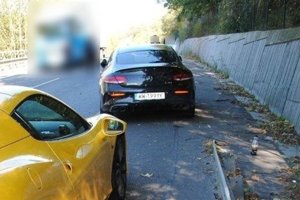 Police will not make any compromise towards drivers, who with their inconsiderate and arrogant driving threaten not only their own lives, but the lives of other people in traffic, said regional spokesperson of police, Radko Moravčík.

“The police will use all legal means and penalties to punish them, especially in a tragic car crash where a person died,” he added.

The Porsche driver may end up in prison for two to five years if proven guilty. The other two Poles may be imprisoned from six months to three years. The police are still working on the investigation. The police found that all three drivers were driving on Sunday from 10 am on the route of the Rajecké Teplice – Žilina – Strečno – highway Martin – Krpeľany – Kraľovany – Párnica – Dolný Kubín.