Blog: Slovak engineer learned the most from challenges abroad

After working in Dublin and Rotterdam, Juraj Lančarič realised his potential outside of his comfort zone. 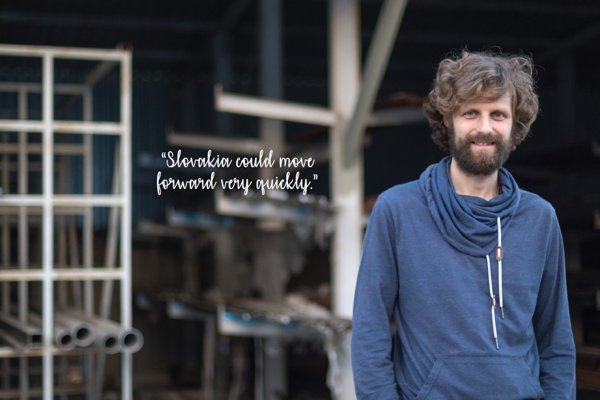 After I graduated from University,

It was for the Peugeot-Citroen car manufacturing factory in Trnava, working as a material engineer. I realized that I was unwilling to work for that money, so I followed my then girlfriend to Dublin.

In Ireland, I began working at McDonald’s

Half the crew was from Poland, the other half from Slovakia. I immediately earned more than double what I did in Slovakia. It was also an opportunity to learn a new language and meet new people.

Initially, I foresaw a career with them, I wanted to bring my own franchise to Slovakia

After nine months, I sought to get promoted. But everything became a long distance effort. Things moved too slowly and I wanted to grow fast. So, I began looking for alternative options.

Professionally speaking, my self-confidence was low

In general, I did not feel good enough to apply for engineering jobs abroad.

In retrospect, I realize this was my own mental barrier

Then, my friend told me about a position in the Netherlands. It was for an engineering job. I sent over a couple of my drawings and soon found myself relocating from Dublin to Rotterdam.

It was like a dream; is this really happening?

Overnight, I went from serving burgers and fries, to working on advanced engineering projects. But soon I was hungry for more.

I began asking for more work and bigger challenges

After some time, even the fun stuff became routine. I would begin a new project with the same problems that I had solved previously.

After three years, I was bored

I began to explore options of establishing my own company in Slovakia. One that would cooperate with partners in the Netherlands. Unfortunately, the financial crisis happened, and things did not work out.

I relocated to Slovakia because I see big potential here

A lot of people at home cannot even imagine doing something in a different way. We like to stick to what we know, even when our problem solving is ineffective.

Abroad, you are exposed to new ideas, new ways of thinking. For example, my experience in Ireland taught me how to overcome my fear.

I had no idea of what I was capable of

It’s there, working those crap jobs that I noticed the first boom in my personal development. When your life is completely disrupted, you learn through challenge.

Western countries have too much comfort; they are losing their impetus for growth

Slovakia has great potential. There are many high-quality, hard-working people here. Slovaks are active, tireless, and patient.

We want an opportunity to prove ourselves

If only we could realize the possibilities, and focus on what we do have, instead of what we don’t have.