Being a giant insect for a while 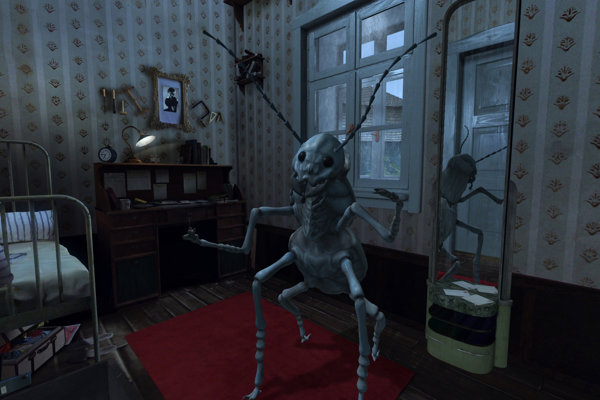 In a corner of the library in the Goethe Institute in Bratislava, Martina Obšitníková receives special glasses, headphones, gloves and slippers. This outfit transfers her into the virtual room of salesman Gregor Samsa from one of the best-known works of Franz Kafka, the novella The Metamorphosis. As she moves around, she just realises that she does not have arms and legs any more, but insect limbs. A glance at the mirror reveals the truth – she has transformed into a huge, ugly insect.

“When I saw that I have insect limbs, it was not so strange, but when I saw myself in the mirror, I became frightened,” said Obšitníková after she took off the outfit. “I did not expect something like this. It looked highly realistic.”

In the novella Kafka describes the feelings of a travelling salesman, Gregor Samsa, who awakes one morning transformed into a gigantic insect, the reader not getting any answer as to how and why this has happened. Kafka instead emphasizes how Smasa will come to terms with the transformation, how his parents will react and what his boss will say. 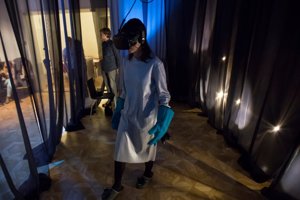 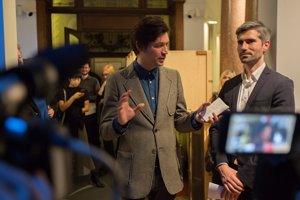 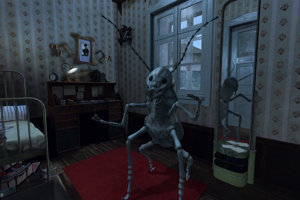 An American director living in Prague, Mika Johnson, teaming up with the Czech teams Achtung 4K and 4Each, created the project with art and animation as well as interactive objects for the local Goethe Institute.

“VRwandlung transfers Franz Kafka’s work from the pages of the book to virtual reality,” explains Johnson as cited on the website of the Goethe Institute. “The protagonist is no longer Gregor Samsa, but you.”

During the virtual visit, the visitor can wander around Samsa’s room and even pull out some drawers and look in the mirror.