The crash near the army air base in Banská Bystrica was caused by engine failure. 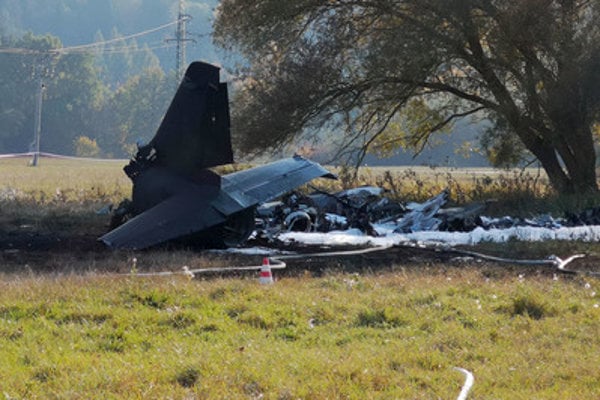 A military training aircraft L-39 crashed between the Sliač Air Base and Kováčová spa village (Banská Bystrica Region) at about 14:15 on October 10.

“Two parachutes were seen before the aircraft crashed. Both pilots survived and the aircraft was directed into an empty area,” he said, adding that the air search and rescue service was dispatched there.

The crash of a military training aircraft L-39 was caused by engine failure, Gajdoš announced later in the day. He added that the two-member crew present on the plane catapulted from the carrier and survived without any serious injuries. 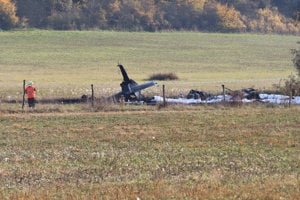 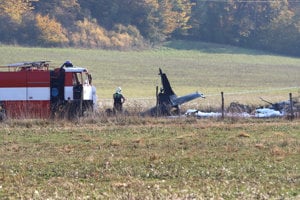 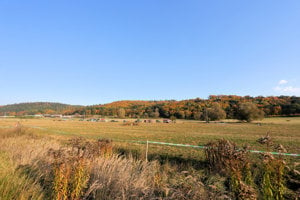 “A rescue system was launched immediately after the engine broke down,” the minister noted. “I would like to praise the professionalism of the two pilots as well as the air rescue and search service, including the air traffic commander.”

Both pilots were released from a local hospital in the evening, Capáková informed, as cited by TASR, adding that based on the decision of the Slovak Air Forces commander, all flights of the L-39 Albatros aircraft were suspended until the investigation into the incident is completed.

The Aero L-39 Albatros is a jet subsonic airplane from the 1960s, which used to be typical for the Warsaw Pact armies – a light fighter plane meant mainly for training, the Sme daily wrote. A military Albatros plane also crashed in 2000; one pilot died in the accident. The Slovak army used to have eight of these planes.

A former pilot and one of the founders of aviation acrobatics group White Albatrosses, Stanislav Rodziňák, told the daily in an interview that these smaller, lighter planes are quite reliable and free of breakdowns, and any accident is usually caused by pilots and human error rather than the plane itself.