Slovak business consultant Helena Sarkanova gained valuable knowledge during her studies in the UK. Now, she wants to enact change in Slovakia. 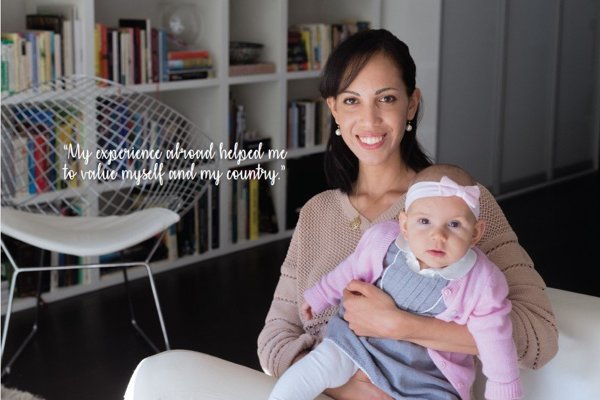 I was four when the revolution happened. Back then, people had a lot of preconceptions.

We thought that everything from the West was automatically better

I no longer believe that today. But, at that point in time, I did question whether we could really compete with the likes of the UK or Germany.

I opted to go study abroad, perhaps because of the prestige that came with it. I think that today it’s nothing special. But back then it was quite a big deal.

My experience abroad helped me to value myself and my country

I did my undergraduate at University of London where I was the best student of the year. Later, I did my graduate studies at Cambridge. This convinced me of the value of Slovak education. It is far from perfect but it definitely prepared me for an international academic experience.

One limitation is the disproportionate focus on hard skills. Slovak students have access to good knowledge, but are less capable of drawing insights from it. For example, in my high school history class, we were taught to literally write down year, dash, this is what happened. We were never encouraged to step back and ask, what does this all mean?

I think that they can contribute a tremendous amount to our society. Slovaks that have achieved success abroad are able to bring back skills and serve as role models at home. If nothing else, they can inspire the people around them. That is a contribution in itself.

As a nation, we do not have a culture that embraces success

The concept of the ‘American Dream’ does not exist in Slovakia. When someone is successful, we tend to look for flaws rather than inspiration. We tend to pull people down out of envy.

The Czechs had President Havel

We do not have, at least not in our recent history, enough strong, inspiring public figures that immediately come to mind. That’s why I believe it’s important to create a positive culture of role models, individuals that help to push our society forward.

I love my country

People tend to see that in a negative way by associating it with nationalism. I don’t think that’s the case. I am very fond of Slovakia. But I do not see reality through rose coloured glasses. I am deeply concerned about many things that come with this system.

We are now 30 and entering a new phase in life. It’s time to settle down – to have a family. This is a big driver that is propelling many young people to return.

I see many organizations and individuals who are working hard each day to make Slovakia better. I fully subscribe to that sentiment. If one gets too skeptical, things will never move.

I am an optimist - you have to be