The castle also belonged to Elizabeth Báthory, the Bloody Countess. 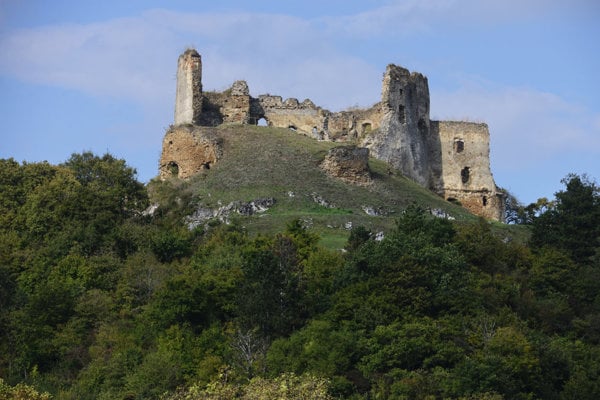 This year’s archaeological research at Čičva castle in eastern Slovakia revealed a connecting corridor between the northern and western palace wing.

Its vault is created by bricks that were mostly used in Poland, which makes them a rare find, explains Ľubomír Hutka, head of citizens' association Pro Futuro linked to the castle Čičva.

This architecture was very rare in Slovakia, according to him.

“Drugeth’s family owned the castle in the 17th century and brought their Polish crew here,” he said, as quoted by the TASR newswire, adding that this may explain the vault construction made from bricks.

The first phase of reconstruction of the eastern cannon bastion has started this year as well.

“We succeeded in building the first floor where two cannon loopholes are preserved,” said Huťka for TASR.

Loopholes were damaged and the northern and southern wall was so statically desolated that it was necessary to renovate them as soon as possible, Hutka added, mentioning the work may be finished next year.

“The biggest rarity was the discovery of a part of ring armour,” he said, as cited by TASR, explaining that it was not so common because its production cost a fortune and only important, rich knights and noblemen could afford it. He added that the castle Čičva was probably very significant in the past.

The first written reference about the castle is from 1316. It used to belong to the Báthory family once, as Elizabeth Báthory, the legendary Bloody Countess, gained it as dowry when marrying František Nádašdy.

The Pro Futuro association has been trying to save the national cultural monument castle Čičva since 2014.