The project represents exemplary cooperation between architects, the investor and the city. 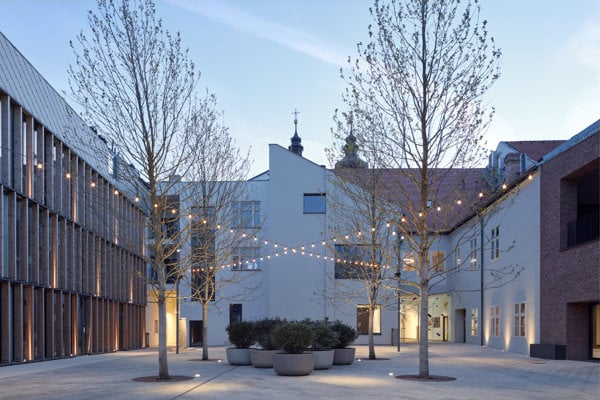 The prestigious architecture award Arch went to the Vallo Sadovsky Architects studio for the Nádvorie (Courtyard) project in Trnava involving reconstruction and extension of a set of historical buildings in the city centre.

“This is a unique example of cooperation between the investor, architects and the city, which remained not only on the level of an excellently performed work but also generated a smart interactive and creative space for citizens,” said Eva Eichlerová, member of the jury. “The construction is intended for attractive usage, where people feel well and where they are welcome.” 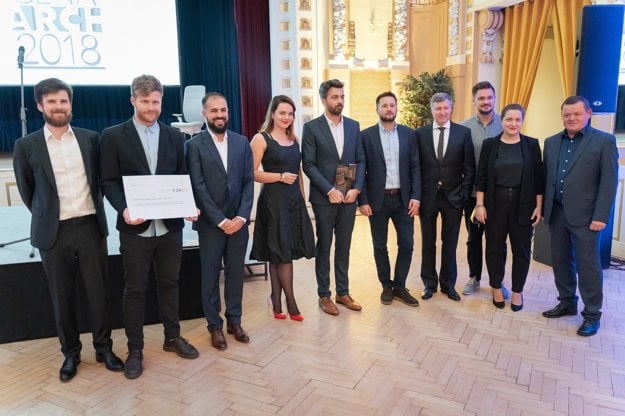 Oliver Sadovský, one of two founders of the studio, said during the award ceremony on November 6 that it was a beautiful six-year work on a set of buildings.

“We are glad that we have brought this space to life again and that Trnava citizens have gotten a part of the historical centre back for usage,” Sadovský said during the award ceremony, as reported by the TASR newswire. The studio designed interiors, reconstruction, and new objects as well as the courtyard. “It was a good cooperation with an enlightened investor, who is not only interested in profit.”

Nádvorie is a project of restorating and extending historical buildings in the centre of Trnava. Its investor is Trnka Investments, behind which is the family business of Miroslav Trnka, one of the founders of the cyber security company Eset.

The multi-storey buildings with a passage were connected through backyards. After uniting these adjacent sites a new open space was created within the central urban structure. The space was then complemented with new objects.

“We tried to preserve all important time traces in reconstructed objects, taking care of the unified material language, and respecting the principles of restoration,” the studio Vallo Sadovsky Architects writes about the project on its website. 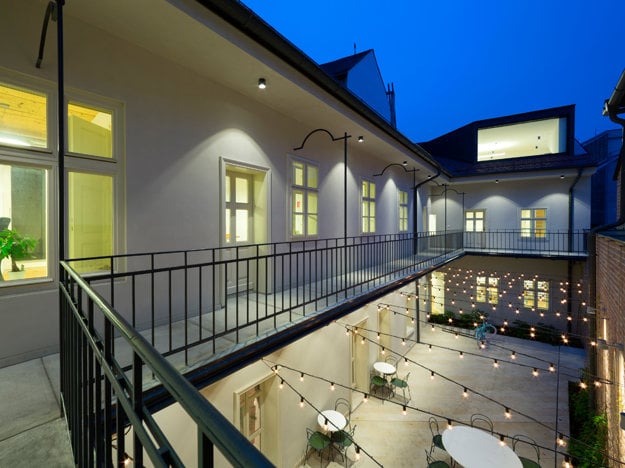 The history of the buildings dates back to the 14th century, with changes from the 16th-20th century. Objects cluster a number of features, such as a cultural centre, restaurant, bakery shop, retail, offices and co-working spaces in the inter-linked attic.

Matúš Vallo, one of two founders of the studio, is the newly elected mayor of Bratislava.

What is Arch award

The Arch award is a prize for architecture given by the Arch magazine since 1998. Its specific feature is that it is not architects who enter their works in the competition, but the editors of the magazine Arch. The editing body first chooses 10 works published in the magazine and then a five-member jury selects the winner.