How many places from the video have you visited? 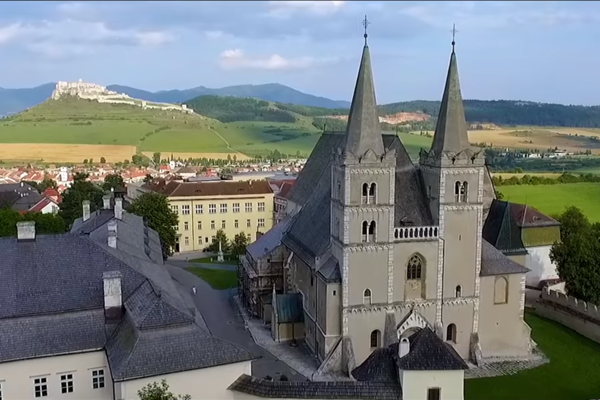 A video about the Prešov Region by Regional Organization of Tourism (KOCR) Northeast Slovakia received a prestigious Special Award at the FilmAT Polish film festival in competition with countries from around the world.

The FilmAT Festival is a Polish member of the International Committee of Tourism Film Festivals (CIFFT), already in its 13th year. The aim of the festival is to present the newest trends in documentary and television production as well as the entire spectrum of audio-visual work related to travel. It supports the development of national and foreign productions as well as organizes a Polish and international film contest. The Prešov Region won the award in the international competition thanks to the Be Charmed by the Prešov Region video.

“We are very happy to have gained appreciation for our promotional spot in competition with the whole world,” said Martin Janoško, director of KOCR Northeast Slovakia, as quoted by the TASR newswire.

The video depicts attractive sites of the Prešov Region throughout various seasons. It was very successful also on social networks, he added.

Flight of the raptor

It took two years for the video to come into existence. Team of Jakub Augustínsky was in charge of the production, direction and filming.

“It was quite hard to squeeze all the beauties and interesting places of the region into three-and-half minutes,” said Barbora Čechová from KOCR Northeast Slovakia, as quoted by TASR, adding that they are happy that the video works, successful in both the local scene and abroad.

The main motif of the video is the flight of a raptor, leading the spectator through the region from different perspectives.

“Filming was very interesting. We visited many spots and every one has its own appeal,” said Jakub Augustinský, as quoted by TASR.

The diversity of the shots and catching the right moment was the biggest challenge for the team. It demanded a creative attitude in the terrain and postproduction as well. The video is dynamic, going through various views and topics, leading up to the final slogan Be Charmed by the Prešov Region.

Janoško added that if they had wanted to film every interesting thing in the region the video would not have been a few minutes but several hours long.