The film is winning awards at film festivals around the world. 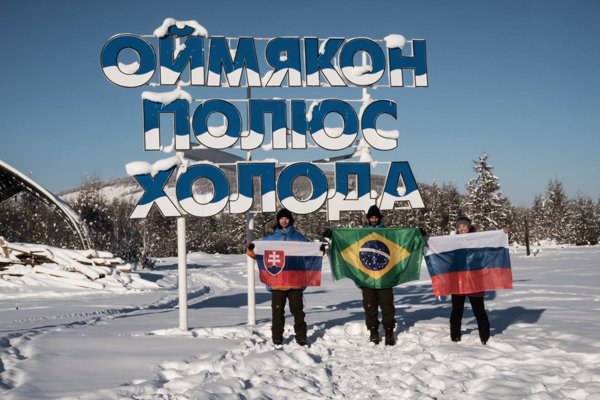 “Stealing someone’s hat is considered attempted murder in Yakutsk because of the extreme cold,” Dominik Bari, a 24-year-old filmmaker from Košice, explains what he knew about the biggest town near Oymyakon before he decided to film a short documentary.

The idea of shooting a movie came about thanks to his classmate Petr Vinokurov from the International School of Film and Television in Paris, a Yakutsk native. He told Bari about the coldest populated place in the world, the Oymyakon village of about 700 citizens, where the lowest recorded temperature was -71.2 Celsius degrees. Bari started googling more information about it. Having found no documentary about the place, he knew that he would be the one to film it.

Within a month, Bari put together a team of people to work on the project. His classmate, the Brazilian director of photography Felipe Paiva, who wanted to shoot the documentary. Paiva had had experiences with extreme locations like war zones in Iraq, Syria, Ukraine or the drug cartels in Latin America, Bari explained.

The other people in the project helped with administration issues or language translating, as people in Oymyakon speak Yakutsk as their mother tongue. It took them a year and a half to prepare for the journey.

Five days in the taiga

In Yakutsk, the team spent two days making preparations. Only then did they set off on the more than 1,000-kilometre-long journey in a specially modified car through the “Road of Bones”, in the taiga and on frozen rivers. It lasted about 21 hours.

“It is said that a human is buried every twelfth metre,” Bari noted, explaining that the road is named after the victims of World War II, who had been working in gulags during extreme cold to build the road.