Video about milk made from industrial oil is hoax

No, dairy companies do not make milk from oil. 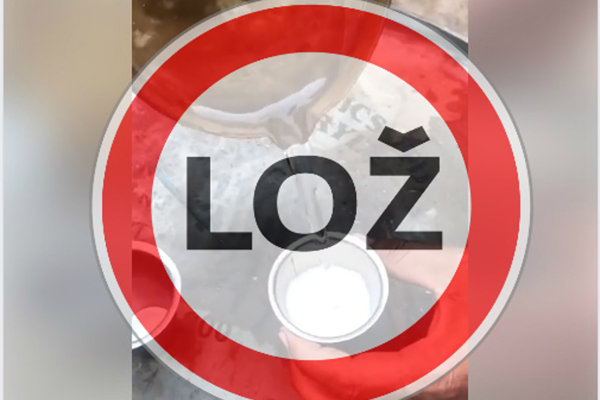 Dairy companies do not make milk from the oil. (Source: Facebook)
Font size:A-|A+12

Food companies are lying to us. This is how they produce milk from industrial oil. Do not be surprised that people are getting sick.

A viral video on the internet is claiming that milk is produced from industrial oil. The video takes less than a minute and has been posted to Facebook by Emmanuel Eric Leung.

130,000 people have shared the video just from his Facebook account. The video had almost 6.5 million views this week alone.

No description or proof

In the video, a man pours an unknown dark coloured liquid similar to industrial oil into an empty cup. Then he fills the cup with water, changing the colour and consistency of the liquid. The mixture of water and the dark fluid becomes pale, thickens, similar to milk. This is the end of the video. No explanation or tasting of this mixture. The video is trying to create the idea that food companies can deceive people and replace milk by using industrial oil.

Paulina Kojnok from the office of the Chief Veterinary Officer of the State Veterinary and Food Administration clearly refuted that milk could be produced by food companies in this way. Consumers do not have to worry about the quality of milk.

"Considering official veterinary inspections, it is not possible to place this product on the market," she added.

People easily believe spurious information, videos or photos – often without trying to search for the truth. It would be enough just to click on the internet to reach a page that offers a liquid of the same colour as the one in the video. It is called Milk tex and this mixture has been used in magic tricks for years.

Milk tex, also known as fake milk, is a dark coloured fluid, which after mixing with water transforms into a white liquid – similar to milk.