Travel around Slovakia's ski resorts: ice sculptures at Hrebienok, party in Jasná, or take part in the White Trail, Slovakia's oldest skiing competition, in Skalka. Plus more, all in January. 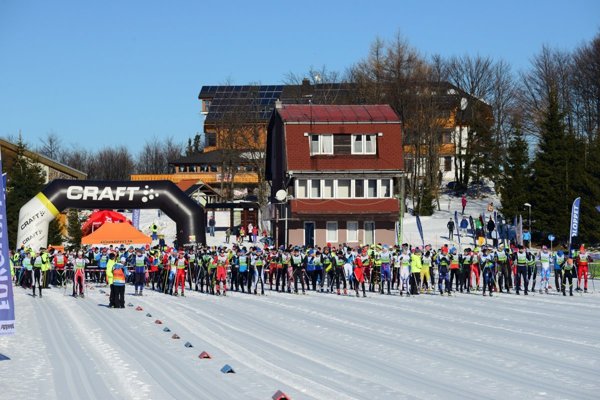 2019 is drawing near, and you may be wondering what events are on schedule across Slovakia in January. Here is a list of sports and cultural events, which you should not miss out on. Everyone will find their pick, but let's start off with an ice-hockey derby in eastern Slovakia.

Two hockey teams and rivals in eastern Slovakia, the Steelers from Košice and the Chamois from Poprad, will duke it out over the top spot in Slovakia's Tipsport Liga, which Košice currently tops. On November 27, Chamois defeated the Steelers in overtime at the arena in Košice. Now, on January 4, the Steelers will travel to Poprad. Will they take revenge against the Chamois, or they will have to wait four days longer? The Steelers then have the last chance to retaliate against the Chamois in their home arena on January 8. Both teams will then face each other only in the play-offs, which start in March.

Here are some highlights from the previous derby on November 27:

A regular slice of electronic music returns in January to Tabačka Kulturfabrik, which creates space for the local electronic music scene. When you put STREDA (Wednesday) and DÁVKA (dose) together, a new music philosophy is born. How about getting overdosed on electronic music each Wednesday? Resident and hosting DJs and VJs such as Majkl Kelso, Paradiso Rhythm, and Dead Janitor wait for you every week in Košice.

The State Theatre of Košice will welcome 2019 with a New Year's Concert, dedicated to classical music, on January 12 in the historical building. This year, listeners will have the opportunity to listen to the best-known compositions of Wolfgang A. Mozart in the first half of the concert. The second part, however, will bring in the atmosphere of Vienna's New Year concerts thanks to waltzes and polkas from the repertoire of Johann and Joseph Strauss, as well as others. Conductor Vinicius Kattah of the Košice State Theatre will direct the orchestra. Opera soloists from Košice – Michal Onufer, Myroslava Havryliuk, Janette Zsigová, and Michaela Várady – will sing for you. To see a complete list of music played, click HERE.

In two days, ice sculptors from 10 countries will turn 50 tons of ice into 35 ice sculptures. On the first day, they will set the ball rolling with no restrictions but their imagination. However, sculptors will have to follow a "Gothic" theme the next day. Half of the sculptures will be exhibited near the cable car station, the second half will be placed in the Gallery of Ice Masters next to the Tatra Temple of Ice, which was built by 17 sculptors from Slovakia, Czechia, Poland, Wales, and the USA, back in November, using 225 tons of ice. You can see all the ice masterpieces until the end of April.

Besides icy art, Peter Bič Project will come to play on Saturday evening, and Billy Barman along with girls from the traditional dance company SĽUK will entertain you on Sunday.

A funicular ticket of €7 can be purchased at the ticket office or from HERE.

Top restaurants around Slovakia join forces for the seventh time to start off a food festival in winter (Zimný festival jedla). Anyone who loves gastronomy and quality food can enter the best Slovak restaurants to eat a delicious, and usually unaffordable, meal for cheaper. However, you must buy a voucher HERE. The festival menu comprises two or three courses: "our iconic meal" characterising a given restaurant, "regional flavours", and/or "chef's choice", which is a course usually not offered at the restaurant. Last year, more than 7,500 gourmands visited one of the thirty high-priced restaurants participating in the festival. You can also eat a tasty meal on the bus, so start watching out for the Gourmet Bus.

Place: Slovakia
Venue: restaurants
Date: January 14-February 24
Admission: €16-€33 (depending on the restaurant and the number of courses)

Click on the restaurant name to choose the date and hour and to see the number of places available. A reservation made must be paid within 24 hours.

Bratislava's basketball team leads the Slovak Basketball League after 16 rounds, same as last year. In the table, Inter Bratislava is now being chased by the Patriots from Levice. Both teams have similar statistics, not just when it comes to figures. Three Americans and two players from the Balkans are playing not only for Bratislava this season but also for the Patriots, which makes this game a bit more exciting. However, we are only halfway through the regular season, and things may change soon. Get ready!

Music fans who love mountains and snow should not miss out on the biggest party in a Slovak ski resort. Let It Snow arrives at club Happy END in the ski resort Jasná, near Liptovský Mikuláš. Two days of skiing or snowboarding on the 50 km slopes while listening to DJs, who play house and Drum&Bass vibes spreading across Jasná, is an event to go to. UK's Dimension and Skunkandbass will be also playing. 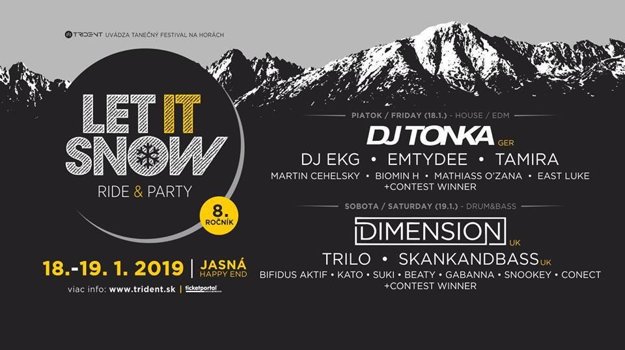 Civic organisation Cestou necestou organises a self-titled travel festival across the country. In Žilina, Matej and Zoltán will tell you what it was like to travel in an old Mercedes from Košice to Tajikistan in Asia, driving almost 15,000 kilometres. Milo and Pavel will recount their adventure of a 180 km hiking trip in the mountains of Corsica. During the two-day festival, you will visit the Cordillera Blanca mountain range in Peru as well as the Cheekha Dar mountain, which is the highest in Iraq. Other travelers will set out, in your company, to Colombia, Somalia, China, Japan, and Oman. Two Slovaks discovered the last two mentioned countries on a bike. But Miška will start off the festival with her low-cost travels around French Polynesia. If you like travelling, but have no money, head to Žilina. Or choose another city in which the festival takes place in the first two months of 2019, listed on the organisation's Facebook page.

Tickets can be purchased from HERE. Once you open the website, scroll down. 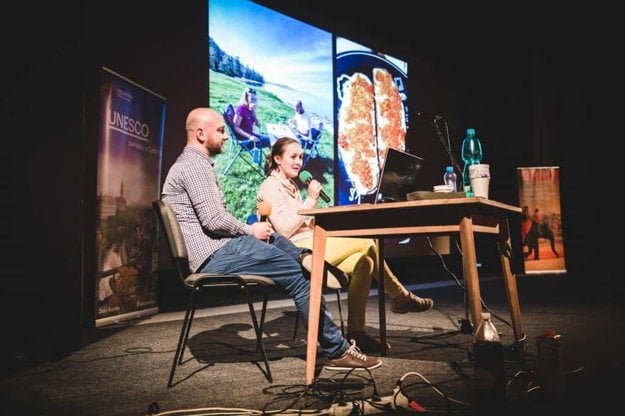 Various dog breeds will be shown during the Nitradog exhibition, which runs for three days. A different event is set for each of these days: Nitradog Cup, Winter Show, and Nitra Winner Show. This is the event to see for a dog lover!

The White Trail, formerly known as the White Trail of the Slovak National Uprising, is the oldest organised skiing event in Slovakia. The idea of a cross-country ski marathon came from Ľudovít Fusko, a Slovak cross-country skier, who got inspired in Sweden. The first White Trail took place in 1974, and about 7,500 participants took part 10 years later. The marathon was cancelled only twice in its history – 1990 and 2014 – due to lack of snow.

This year, 400 cross-country skiers have registered. If you would like to be one of them, there is still enough time to register (until January 23). Making a decision on the spot is also allowed. You can choose from three different races: 25 km or 50 km (freestyle) and 30 km (classic). The registration fee ranges from €30 to €50. Children can also participate in the White Trail Junior or Mini. For those interested just in cheering, admission is free.

One of your New Year's resolutions can be a firm decision to head for at least one of these events. Deal?