The recording, found by the police, reportedly proves the claim. 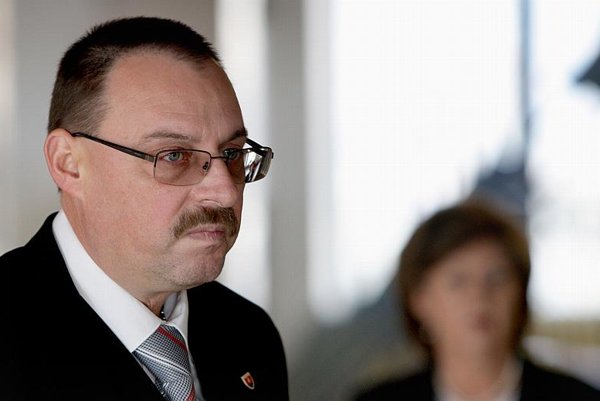 Businessman Marián Kočner, charged with several instances of economic fraud, is said to have given instructions to then general prosecutor Dobroslav Trnka. He reportedly mentioned, in the recording obtained by the police, bribes to MPs that elected Trnka the general prosecutor as well as bribes in the scandals linked with Kočner, as the Denník N daily informed.

Trnka refused to comment on the recording, explaining he has not listened to it. Yet, he refutes any claim regarding bribes from Kočner, as reported by Denník N.

The existence of the recording has been confirmed to the daily by Roman Kvasnica, a lawyer of Zlatica Kušnírová, mother of the murdered journalist Ján Kuciak's fiancée, Martina.

The police found a USB flash disk with recordings in Kočner's safe in his home last October. Based on these recordings, transcripts of conversations in a flat on Vazovova Street in Bratislava could have also been made. The talks are described in the Gorilla file, which leaked online in 2011, the Sme daily wrote.

Denník N reported that the recording does not only concern Gorilla. Kočner reportedly told Trnka how many times Kočner corrupted him, treating him as a subordinate.

Kočner has been detained since June of 2018 for the alleged faking of promissory notes. He is also believed, by some, to have ordered Kuciak's murder.

Trnka's role in the scandals

Trnka appeared in the case of Jozef Majský, who embezzled the non-banking company BMG in 2002. Two years later, Trnka, as then general prosecutor, released him as the investigation of this scandal was, according to him, over. However, Majský was still being accused at that time, Sme wrote.

In 2012, Trnka appeared in the Glance House scandal, linked with Kočner. Trnka illegally allowed for the transfer of the Glance House apartment complex to the Gapej company, with close links to Kočner, Sme reported.

Trnka has never been punished for his wrongdoings by the disciplinary commission.

Trnka and Kočner are friends

Trnka and Kočner met during compulsory military training in the past, but Trnka has not seen Kočner since he finished as general prosecutor.

"I have no reason to change the friendship, but the fact is that I have not seen him for at least four years," Trnka said in October, as quoted by Sme.