Do you know where you can find the highest placed statue in Slovakia?

Sculptors have decorated the High Tatras with ice statues 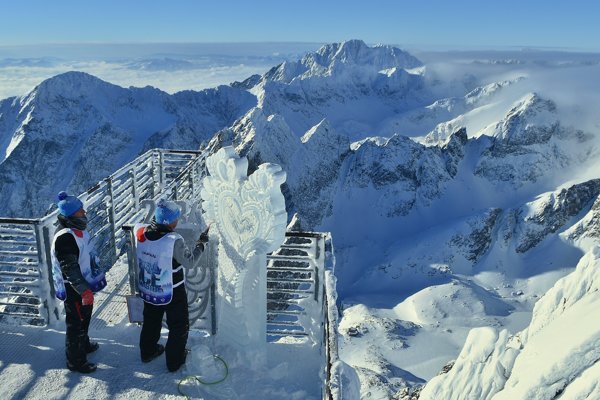 The highest location of a statue in Slovakia is on Lomnický Peak. A team of sculptors from Japan made the ice statue there one day before the start of the Tatry Ice Master event.

The Japanese team is one of many from countries around the world who came to Hrebienok in the High Tatras last weekend to fill it with ice statues. From 50 tons of ice arose 35 sculptures over two days, 20 of which competed to gain an award.

The theme on Saturday for the competition was 'Gothic'.

“The Netherlanders created a gothic vault. The Czechs created features of gothic architecture. The Slovaks re-created the gothic vault and Madonna by Master Paul of Levoča. The Latvians made a gothic cat, the Welsh a bat with gothic features, the Poles a great letter ‘D’ and Austrian circle of time. Mongolia, Russia and Japan created gargoyles,” said Veronika Littvová, head of Regional Organization of Tourism Region High Tatras, as quoted by the TASR newswire. 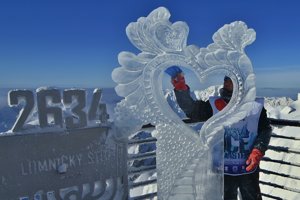 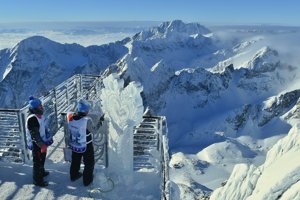 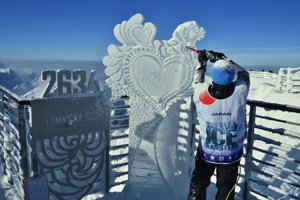 The jury awarded the team from Mongolia with first place, followed by Japan with the Slovaks ending up in third position. Spectators decided that Mongolia should also gain a sympathy prize. 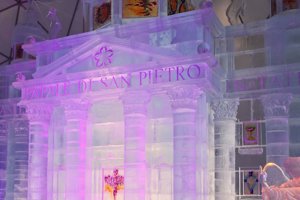 Read also:Ice Cathedral in the Tatras is open for visitors Read more

On Sunday, the sculptors worked on free-form creations and made sculptures that act as a photo-point, a welcoming statue for the Tatra Ice Cathedral and armchairs.

Visitors will be able to see the statues over the following weeks. Some of them are located in an air-conditioned dome, others are outside. Those inside should last until the end of March, maybe the beginning of April, according to Littvová. The lifetime of the exterior ones depends on the weather and they will gradually disappear as it warms up.