Zuzana Krnacova was both tested and inspired while working a below-average job in the UK. 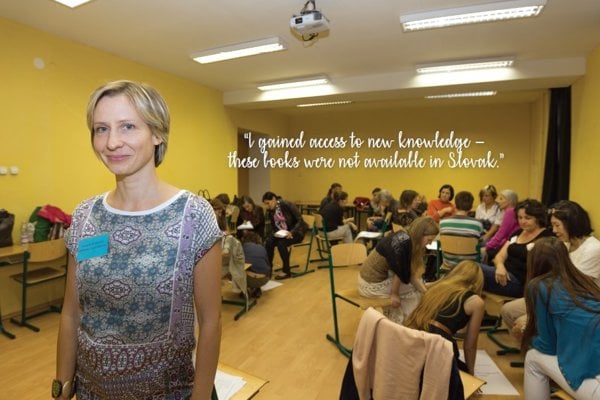 My first three years abroad were very difficult. I had a below-average job, with a below average salary. My husband and I lived in conditions I would never have accepted had we stayed in Slovakia.

I learned what poverty is

But things started to improve once I got a grasp of the English language. I started to read books again. Literature became my great step forward.

When I transitioned into a more profession-oriented job, my life changed. All of a sudden, I had colleagues to discuss things with. I started to feel inspired again. From a mental point of view, I began to develop. It was then that I enrolled in a top Master’s program.

Upon returning, I found that I could not use my skills

Moreover, after being away for over 7 years, I didn’t know anybody from the professional field. I had to rebuild my network from scratch. This stagnation came as a major shock considering my well-functioning work routine in the UK.

But I knew that I wanted to start something in Slovakia

I wanted to continue to provide therapies directly to schools, just as I had been doing in the UK. My goal was to work with difficult-to-reach children. Try as I might, I could not enter the system. I tried through education, then through health care and even social services. Nothing worked.

There was no tradition of my profession in this country

This led to the realization that it is not possible to directly bring knowledge from abroad. It is like trying to fit a large balloon into a much smaller pocket. In order to fit, it has to break. In order to submit to the system, I had to learn how to walk the line. I eventually began to implement projects in schools, but only under the condition that I would obtain my own funds. 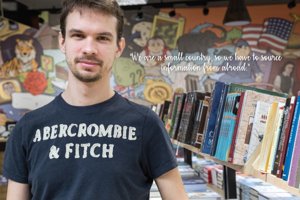 That’s when I began applying for grants

The goal was to help raise the profile of my profession and build a community. I helped to establish a national art therapy association and I joined OZ Artea. We began to organize workshops and conferences to raise awareness. We brought in leading specialists from abroad, and also translated a lot of material into Slovak.

Our vision is to build a center of high international quality

I did not study art psychotherapy with the intention to bring it here. I studied it because I wanted to learn. I would be happy if it was not only me working with these new methods. But I realize it is about finding ways to share your knowledge.

In the UK, the system is already built

In Slovakia, the field is still new. It is an uphill journey, but we are taking steps on different platforms to establish art therapy professionally and in schools.

I am enthusiastic to be part of that change