The festival organiser praised the awards and says they want to continue and improve the quality of the summer festival. 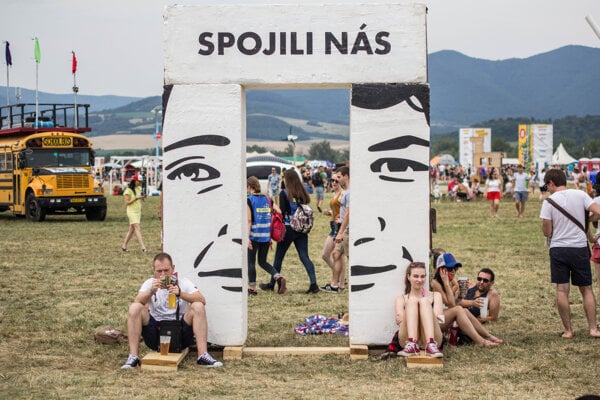 Slovakia’s summer festival, Pohoda, turned both its nominations at this year’s European Festival Awards into victories. Moreover, it won the most awards at the event, together with the Roskilde festival.

Pohoda took the Take a Stand Award and the Award for Excellence and Passion, which the jury awarded to festival organiser Michal Kaščák, for its contribution to the scene in Slovakia and Europe.

“Both awards are symbolic, both of them bring together art and freedom,” Kaščák said about the awards, as quoted on the festival’s website. “I consider a free festival to be a miracle and I think it is natural that we want to use its power to spread tolerance and freedom.”

Kaščák took the Award for Excellence and Passion from last year's winner, Fruzsina Szép, who highlighted the way Kaščák approaches the organisation of the festival.

“When Michal sees a problem in society, he doesn’t close his eyes to it, but instead puts it at the heart of his festival,” Szép said.

“It’s easy to be ‘excellent’ when you have so many excellent people around you,” Kaščák said, as quoted on the website. “It’s easy to have passion for something as amazing as music. I consider the award to be a recognition of Pohoda, whose charm wouldn’t work without our attendees to give it meaning.”

The Take a Stand Award was presented to Pohoda by the European Commissioner for Education, Culture, Youth and Sport, Tibor Navracsics, who praised the extraordinary commitment to freedom and sense of social responsibility outside the festival stages as well.

The jury appreciated the long-term approach of the festival to sensitive social issues, especially its reaction to the murder of investigative journalist Ján Kuciak and his fiancée Martina Kušnírová last February.

In addition to concerts for Ján and Martina in Bratislava, Prešov, Žilina, Nitra, Košice, Pezinok and Gregorovce, Pohoda also responded to this unprecedented attack on freedom during the 22nd edition of the festival.

“Independent art needs freedom for its existence, and Martina and Ján died for this ideal,” Kaščák said.

Kaščák praised, in an interview with the Sme daily, the protest gatherings organised by the For a Decent Slovakia initiative, highlighting the fact that artists should support the ideals of a free society.

“It’s important that people keep their attention and energy focused and don’t forget what happened,” he added for Sme. Though the current developments give some hope, we still need to be careful since some extremists are gaining strength, he warned. “I hope that the next elections will show where the country has moved. The fight for a well-operating society will never end.”

As for his future ambitions, Kaščák said he still wants to improve the quality of the Pohoda festival.

“I sometimes think that some awards seem to deliver a message: It’s been enough, let us be and start doing something else,” he told Sme. “But it won’t be so easy for us. We certainly want to continue with Pohoda and other events, like before. I hope it’ll be even better.”