Dutch Embassy in Slovakia is the greenest of all

The embassy has gone zero-waste. Its employees use no plastic bags and use reusable lunch boxes. 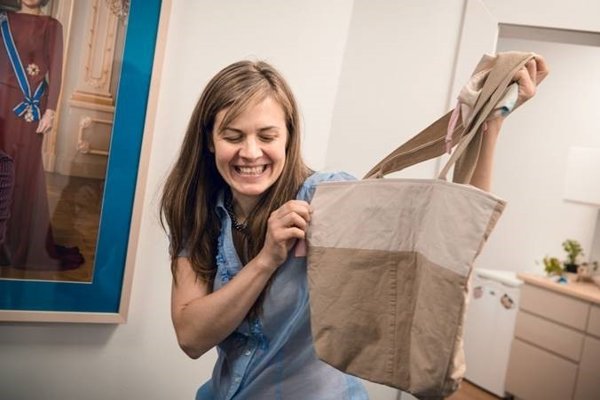 A bag made of old clothes (Source: Courtesy of the Embassy of the Kingdom of the Netherlands)
Font size:A-|A+353

Embassy of the Kingdom of the Netherlands in Bratislava has beaten more than 100 other Dutch embassies in the world and has become the greenest embassy the country has. It was awarded for its approach to waste and its reduction.

“One of the mistakes Dutchmen make is that they like telling others what to do,” said Dutch Ambassador to Slovakia Henk Cor van der Kwast, who received the award during a ceremony at The Hague in early February . “With this award we have proved that we actually do what we preach.”

The very first measures to fight waste were adopted during the reconstruction of the embassy building in 2017.

“When dealing with construction waste and selecting construction material, we examined all the possibilities and sought those with the lowest carbon footprint,” said Jana Šťastná, economic attaché for the Embassy of the Kingdom of the Netherlands in Bratislava. “As a result, we spent extra time and money to protect nature and prove that the effort pays off.”

The Netherlands Embassy in Bratislava was awarded as part of the Rank Your Embassy initiative, organised under the auspices of the Dutch Foreign Affairs Ministry. The ranking was based on selected criteria and individual initiatives. The three winning embassies (in Slovakia, Croatia and Columbia) later competed for the Audience Award, in which the Slovak one dominated.

The old carpets, for example, did not end up at a waste dump but were used as an energy source. The new ones were produced from recycled plastic bottles. The wall colours were first selected based on the substances they were made from and then the tones.

In addition, the interior designers from the Netherlands had to take into consideration the embassy’s request to use old furniture in the designs as much as possible before ordering new pieces. Unused furniture and electronics were later donated to schools.

The embassy continued with its efforts the following year, when it started to run a zero-waste office in cooperation with the INCIEN institute.

The embassy, for example, cannot use disposable waste. The employees use reusable lunch boxes and there are no plastic bags in the building. It also organised a collection of old clothes which were remade into sacks and bags. 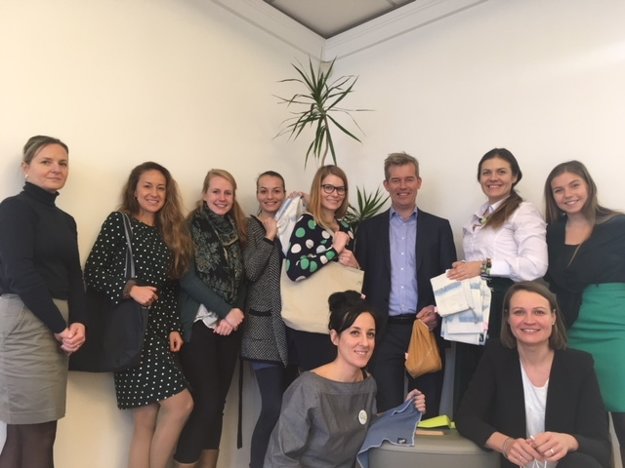 Embassy staff use bags made from old clothes. (Source: Courtesy of the Embassy of the Kingdom of the Netherlands)

“One of the most favourite bags is made from the ambassador’s trousers,” Šťastná said.

Moreover, products from the drugstore were replaced, and a composter with earthworms was placed close to the waste bin, she added. 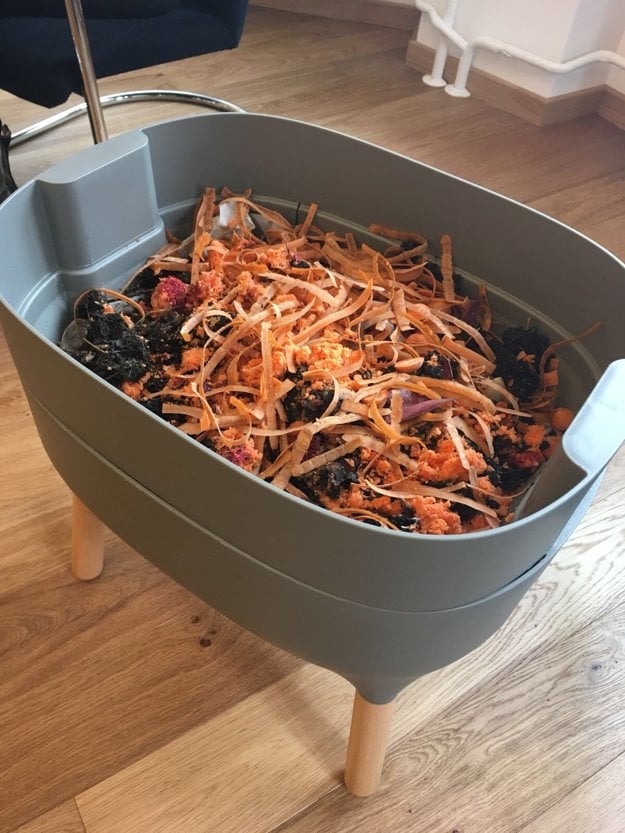 Compostable waste bin (Source: Courtesy of the Embassy of the Kingdom of the Netherlands)