Blog: 5 unique and delicious wines to try in Slovakia

It's difficult for Slovakia to break into international wine distribution, but this small country is producing some truly fantastic wine. 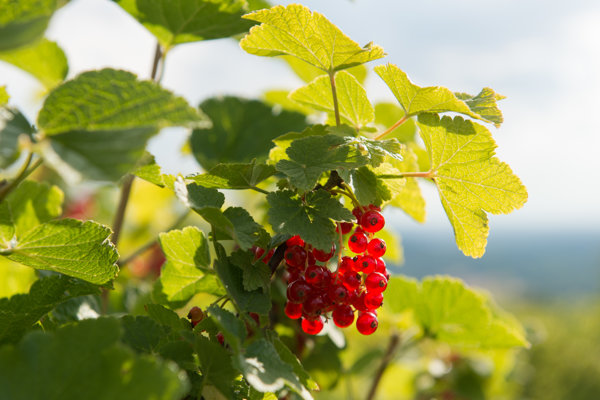 Even though it feels longer, less than a month ago I was on the other side of the Atlantic Ocean getting ready to leave Bratislava. While packing my luggage, I poured myself the last of a bottle of Frankovka Modrá. As I took periodic sips between folding my clothes, I kept thinking to myself how nice it would be if Slovak wine was more widely available outside of the country. I love that when I’m in Slovakia, I can walk into virtually any restaurant and order 2 deciliters of Frankovka the same way that I can order a glass of Cabernet Sauvignon in most restaurants in the U.S.

Beyond Frankovka, there are many other amazing wines being produced in this small Central European nation of 5 million people.

These wines are unique. They are delicious. They express the terroir from which they were borne. 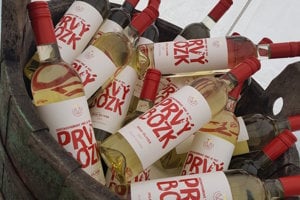 Tasting Tokaj for the first time might just change your life. The Slovak Tokaj region consists of seven villages and approximately 908 hectares of vineyards. It is the smallest of Slovakia’s six protected wine regions and one of the oldest protected wine regions ever. In fact, some claim that it is the oldest. Others will argue that it is second to Italy’s famous Chianti wine. Either way, it was a favourite among many notable European monarchs, artists, writers, and composers. Even American President Thomas Jefferson was known to love it.

At the height of its popularity, it earned the moniker ‘Vinum Regum, Rex Vinorum’ or ‘Wine of Kings, King of Wines’ from Louis XV of France. Without diving into the entire history here, I will say that one thing is very clear:

This wine has serious pedigree and for good reason. 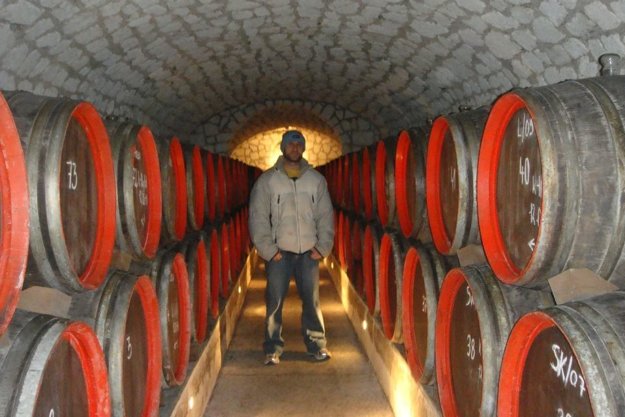 It is downright delicious and very different from anything you may have tasted before. Made from three principal grape varieties — Furmint, Lipovina, Muškát žltý — its unique flavour comes from a type of fungus that attacks the grapes when they are still on the vine. In France, it is affectionately known as ‘pourriture noble’, or ‘noble rot’, for its ability to produce noble (quality) wines. The French, no strangers to winemaking, have long used it to produce their own tasty dessert wines.

While most Slovaks of a certain age will usually laugh when you tell them you enjoy drinking ríbezlák, this unique fruit wine made from red and black currants has experienced a modern-day renaissance in the past decade.

Despite its rich history of production in the Devín area of Greater Bratislava, most people in Slovakia associate ríbezlák with an overly sweet ‘headache wine’ that old grandmothers used to make at home.

Ríbezlák wines are now being made by talented winemakers devoted to creating a quality end product worthy of medals at international wine fairs. Make no mistake, the cheap sugary variety is still available at many grocery stores and supermarket chains across the country, but so is the good stuff. 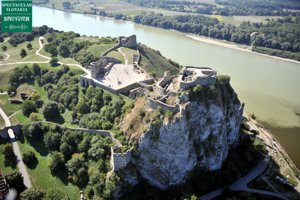 The most well-known producer making quality ríbezlák in Devín is a man named Augustín Mrázik. He crafts a wide range of wines using a mix of different currant types and processing methods. Some are produced strictly from black currants, while others are made from a blend of both red and black varieties of this tasty berry. He even makes a white wine equivalent of ríbezlák from golden currants. Mrázik also produces a really unique offering that is aged in barrique barrels prior to bottling. The taste is very particular and very delicious.

Outside of its home turf of Devín, ríbezlák is also produced by other fantastic winemakers in other parts of Slovakia. One of my favourites that I had on this most recent trip was made completely from black currants and offered in a traditional, sweet style. Its aroma was intense and its flavour was highly concentrated but pleasant. The body was quite heavy and reminiscent of big Cabs produced on Mount Vedeer in California. If that reference point doesn’t ring a bell for you, just envision a concentrated burst of black currant flavour popping on your palate.

Slovakia has a long history of producing mead, a staple drink at winter markets throughout the country. Historically speaking, all meads in Slovakia, regardless of who made a particular one, were known as medovina. The root word — med — means ‘honey’ in the Slovak language, thus denoting what it’s made from.

There are some solid, regionally well-known producers of medovina making great mead in the modern era. Many of them have won multiple international awards for their delicious meads. They also experiment with different kinds of honeys in the production process and even add herbs or spices to alter the flavor. 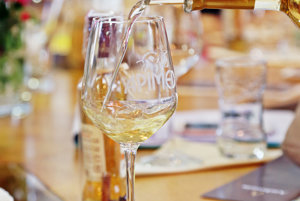 So if all of the meads are called medovina, then what exactly is včelovina?

Včelovina is a new kind of fermented honey beverage that resembles mead on some level, but it’s really in its own class that I would personally argue is more of a true ‘honey wine’ than the medovinas that have historically been produced in Slovakia.

The root word in this case — včel(a)— means ‘bee’ in the Slovak language. It’s a nod to the hardworking bees who make the honey that is then used to make the honey wine.

The first time I had it, I was completely blown away. It is a true honey wine in every sense. The body and the nuanced layers sit on your palate in a way that no medovina — no matter how good it is — can do.

The producers claim that they tried 34 different types of yeast before discovering that the 35th choice was the one that resulted in včelovina. That’s a pretty extensive trial and error process and one that I’m grateful for. I’m confident that if you have the opportunity to try it, you will feel the same.

If you come to any Slovak restaurant and order the ‘House Red’, there’s a really high probability that it will be Frankovka Modrá. I would argue that drinking a good Frankovka wine is part of experiencing the gastronomical culture of Slovakia.

Despite being the most commonly planted red grape in Slovakia, as well as a popular variety across the rest of the region, its presence on wine store shelves outside of Central Europe is rare. As an avid traveller and wine connoisseur, I have been disappointed by the lack of Frankovka available on the international market.

With that being said, there is still some hope for those of you who happen to be in distant lands. However, just like Tokaj, the bottle you’ll find likely won’t be Slovak. In fact, unless you are in a neighbouring country, it won’t even be called Frankovka Modrá on the label. What you’ll find instead is something called Blaufränkisch — the Austrian name. That’s because Austria dominates the relatively tiny export market for this wine.

If your local wine shop is managed by a bonafide wine geek, then you can call and ask if they have either Blaufränkisch or the English name Lemberger in stock. However, if you do secure a bottle, it won’t be quite the same. With Tokaj, there isn’t a big difference between the Hungarian producers and their Slovak counterparts. This is because Slovakia used to be part of the Austro-Hungarian Empire and the winemaking culture was the same across the Tokaj region.

The same cannot be said for Frankovka Modrá. I’ve had a decent amount of Austrian Blaufränkisch and it has always been distinctly Blaufränkisch — not Frankovka Modrá. Yes, it’s the same grape genetically, but Austrian producers tend to make the wine in a lighter style, similar to many Beaujolais Nouveau wines (in terms of body, not flavour). Slovak producers opt for more medium-bodied Frankovkas in general, but you will find roses and late harvest wines made from it as well.

Therefore, instead of trying to hunt down an obscure bottle of Blaufränkisch, you should just come to Slovakia and then you can try every type of Frankovka imaginable. If you’re already in Slovakia and you’ve ever ordered a ‘House Red’ in a restaurant, then you’ve probably already had it at some point.

I also recommend checking out the annual ‘Frankovka Modrá Festival’ in Bratislava. It usually happens in late June and lasts for two days.

If Frankovka Modrá is Slovakia’s Cabernet Sauvignon, then Svätovavrinecké is its Merlot. The analogy works, but not because the wines resemble each other in any significant way beyond the fact that they are both red wines. It works because just as Bordeaux’s vineyards are dominated by either Cabernet Sauvignon or Merlot, so too are Slovakia’s fields dominated by Frankovka Modrá and Svätovavrinecké. Also, the latter is the second most commonly found red wine in restaurants across Slovakia.

The wine itself is more characteristic of Pinot Noir, though a bit darker in colour than most Pinots. It pairs well with many dishes and it usually spends time in oak barrels, which increases its aging potential.

The full version of this article was originally published on The Medium and can be read here.

Thank you for singing up. Shortly an email will be sent to the address you provided to verify your e-mail.
Error! Please try to register again later, your e-mail was not registered.
Your email is not in a correct format.
Please confirm you are not a robot.
Share on Facebook (239)Comments disabled