Articles in Slovak have appeared on a fake website, which resembles the British newspaper Daily Mirror. 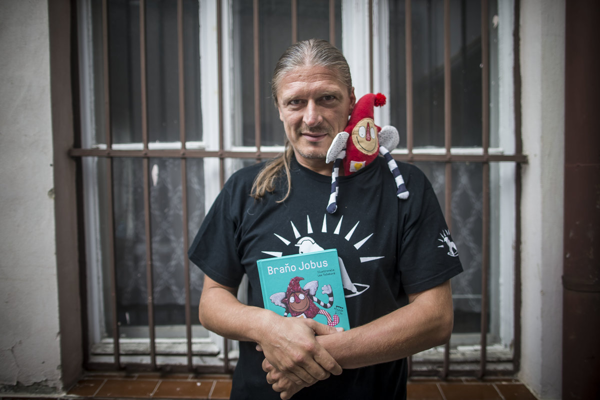 Slovak musician and writer Branislav Jobus, with a smile on his face, was bankrupted but managed to earn €2.3 million from home. In addition, he persuaded people that they can be like him on a Slovak TV programme, an online article reads on the made-up Major news website. It uses the graphics of the British tabloid Daily Mirror, as reported by the Sme daily.

It is fake text, the fake website of the British tabloid, but a real Slovak man who did not have any idea his identity had been recently misused.

"I learned about the fake articles with my photos on my holidays in Mauritius, to which I had been looking forward for a year," said Jobus, as quoted by Sme. 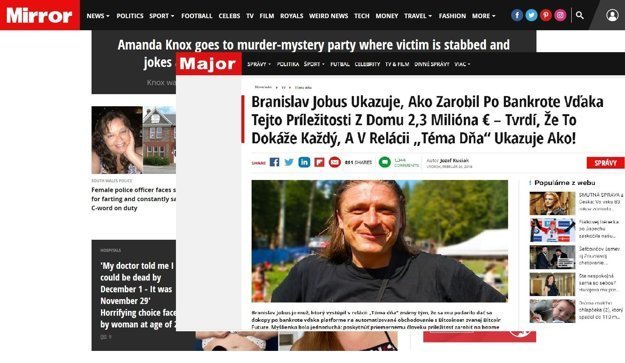 "Branislav Jobus explains how he earned €2.3 million from home after bankruptcy thanks to this opportunity - he claims everyone can do it, and he reveals how on the 'Story of the Day'programme!' the headline reads. (Source: Sme)

People congratulated him on making so much money. Some were surprised that he was convinced to participate in the stupidity.

"People were getting in touch to help," claimed Jobus, as quoted by Sme. "I had to explain to everyone that my photos had been stolen."

Although he had tried to get the texts blocked by contacting Facebook, it took the tech giant days and weeks to delete them. Jobus therefore invested in adverts to tell people he is not behind the "miraculous" online articles. He has already filed a criminal complainst against an uknown individual, Sme wrote.

Registered in the USA, posted in Slovak 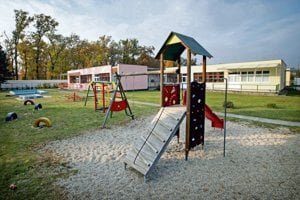 Currently, there are only two fake articles about Jobus running online. As an IP address of the website suggests, it is run from the US, using the internet company Cloudfare to hide its identity.

However, the text is written in Slovak and the headline refers to the TV programme of the Slovak news channel TA3. In addition, a picture of TA3 presenter Peter Bielik as well as the name of Jozef Kuciak, who is the father of the murdered journalist Ján Kuciak, are used.

"In this case, it will be difficult to find out who paid for the launch of the website," claimed Gabriel Lachman from civic association Slovensko.Digital, as quoted by Sme. If it was paid for in bitcoins, the payment was anonymous, he added.