The picture of Michael Strank, where he together with other American soldiers lifts up a flag, became iconic. 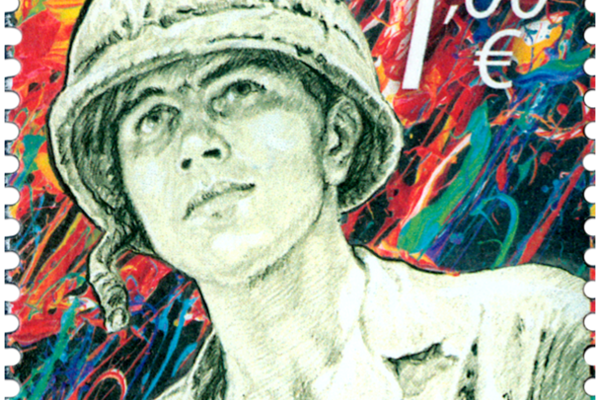 Strank, who was born in Jarabina village in north-east Slovakia, is depicted in the iconic photograph of Joe Rosenthal, capturing one of the key moments of the battle for the Pacific island Iwo Jima at the turn of February and March 1945.

The stamp showing Michael Strank, to be issued on March 1, will have the nominal value of €1.

“Together with the postal stamp, we will release an envelope with a First Day Cover postmark bearing the March 1, 2019 date and the domicile of Jarabina village,” said Jana Pôbišová from Slovenská Pošta, as quoted by the TASR newswire.

The motif on the First Day Cover envelope is the symbolic erection of the American flag on Iwo Jima, while the main motif on the FDC stamp are the gravestones of Arlington cemetery.

The artist responsible for the design is Igor Piačka, and the engraver is Ľubomír Žálec, TASR wrote.

Fighting for the USA

Pôbišová recalled that about 1 million Slovaks left for the USA between 1880 and 1938, mostly due to social reasons. They found work in the mining and steel industries.

“Many of those from the first generation, but also the later ones, have significantly contributed to the USA’s history,” she said for TASR. “One of them, for long time unknown, was Michal Strenk or Michael Strank.”

He was born in Jarabina near the Slovak-Polish border on November 10, 1919. At the age of six, he moved with his parents to Pennsylvania, where his father worked in the steelworks. Strank served with the American naval infantry.

“He was in command of a special forces team of the naval infantry when they disembarked on Iwo Jima,” said Pôbišová, as quoted by TASR. 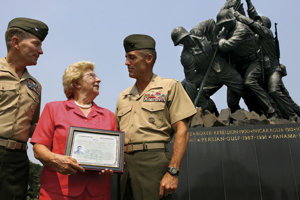 After they conquered the highest elevation on the island, Suribachi mountain, he participated in the second flag raising, symbolising their victory on the battlefield, on February 23, 1945.

The picture became the model for the bronze monument at Arlington National Cemetery (near Washington DC) and many reproductions, including postal stamps.

“He died on March 1, 1945 in the continuous fighting on the island,” said Pôbišová, as quoted by TASR. “Strenk was not an official citizen of the USA when he served in the American army. His relatives finally received his certificate of citizenship on July 29, 2008.”