We Americans have to take responsibility, we can’t just blame Russian trolls for planting fake news

We should be teaching everyone not only the empirical facts of history, but also how to read and write and think critically, says historian Marci Shore. 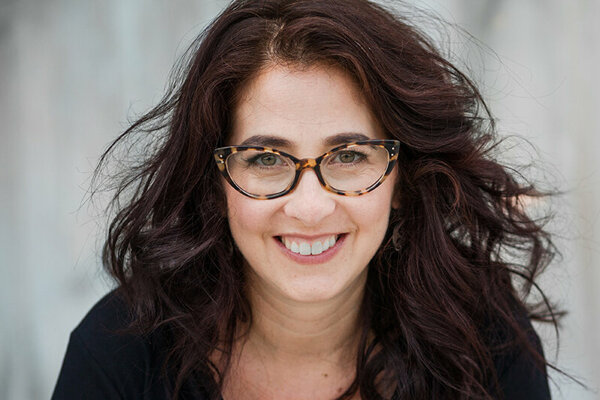 In response to the post-factual times we live in, historian Marci Shore says she now encourages her students at Yale to teach history at high schools or to be a journalist, because those are the professions that are really on the front line.

Marci Shore visited Bratislava to give a lecture at Bisla College in February, five years after the killings at Maidan in Kyiv marked the bloodiest days of the 2014 revolution in Ukraine.

-What are the lessons we can learn from what is happening in Ukraine and what are the chances we could face similar challenges?
-Generation played a role in Maidan, just like it did in 1989 Velvet Revolution in Czechoslovakia.
-How can people feel nostalgia for times they have never lived in?
-Why is it wrong when people use the word Maidan as a symbol of imported values?
-Why don't we learn from history?
-How does it feel to be a historian at a time when facts matter to people less and less?

TSS: What are the lessons we can learn from what is happening in Ukraine, and what are the chances we could face similar challenges?

MS: No one knows the answer to the latter question. Historians can never tell you what will happen. In the best case, we can tell you what did happen—and even then we can never say decisively why, because you can’t do a control study on real life. There’s no way to go back and play the scene again, holding certain variables constant in the interest of determining which variables are causal. What historians can help us understand is what is possible. And as a general rule, anything is possible. . . What most people don’t grasp is that the thing that seems absolutely unimaginable today can become the new normal a few months later.

is an Assistant Professor of History at Yale University, where she teaches European cultural and intellectual history.

She is the prize-winning author of books The Taste of Ashes: The Afterlife of Totalitarianism in Eastern Europe (2013), Caviar and Ashes: A Warsaw Generation’s Life and Death in Marxism, 1918-1968 (2006) and The Ukrainian Night: An Intimate History of Revolution (2017).

I’m always very, very hesitant to say that, say country X is immune from temptation Y. There are moments in history when a seemingly stable state of affairs has changed very rapidly—for better or for worse.

For me, one of the lessons of the Maidan is that what Hannah Arendt describes as “the lost treasure of revolution” remains possible even in our post-modern world— even if that kind of revolutionary solidarity, generosity, transcendence happens very rarely, and unpredictably, and lasts only for a moment. That it happens at all reminds us that it is possible, that we human beings carry in ourselves that capacity.