Company Brose Prievidza invested millions into modernisation of the airport. 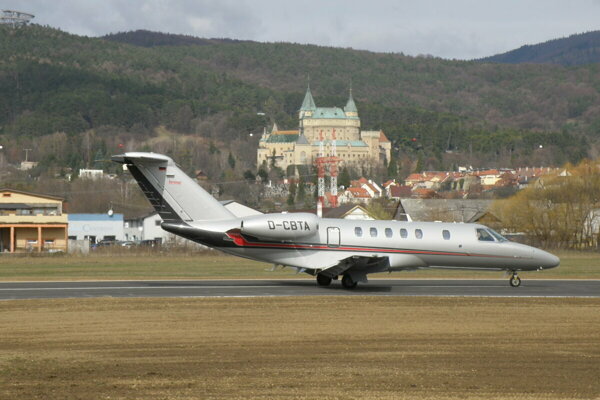 The international airport with irregular operations in Prievidza (Trenčín Region) has recently reopened after a make-over, which started last August.

The reconstruction was financed by the local company Brose Prievidza. The modernisation project of the runway, paid with new asphalt, amounted to €3.1 million.

“It is a very big success for the region and for us as it makes our life easier,” said Axel Mallener, general manager of Brose Prievidza, as quoted by the Sme daily. “It will also help our infrastructure a lot.”

The airport is expected to attract more tourists as well as investors to the region of Horná Nitra, of which Prievidza is the centre.

“It is an imaginary gate to the region,” said František Zlocha, president of Aeroclub Prievidza, as quoted by Sme. “It will now be possible to fly anywhere in the world from Prievidza and to Prievidza.”

The airport wants to focus on private aviation traffic and business flights, said Ľuboš Jánošík, manager of the Prievidza airport.

Trenčín Region Governor Jaroslav Baška is convinced the modernised airport is a big opportunity for the region to attract new guests, “including new foreign firms, which will be closer to the region like this”, Sme wrote.

Prievidza Mayor Katarína Macháčková also appreciated the fact that the private sector helped reconstruct the airport and has hopes for the more progressive development of the region.

“It is a rare and exceptional example of a businessman or investor who comes to our region and invests in it,” she said, as quoted by Sme.

After the reconstruction, heavier aircraft can land at the airport, which was not possible in the past. This will also help Brose.

“When 10 people from Germany drive here, it takes five hours,” Mallener claimed, as quoted by Sme. “When we use our own plane, it takes 45 minutes.”

It was Aeroclub Prievidza that provided for the modernisation of the airport since the runway, 1,081 metres long and 23 metres wide, is situated on plots owned by the club, Sme wrote.