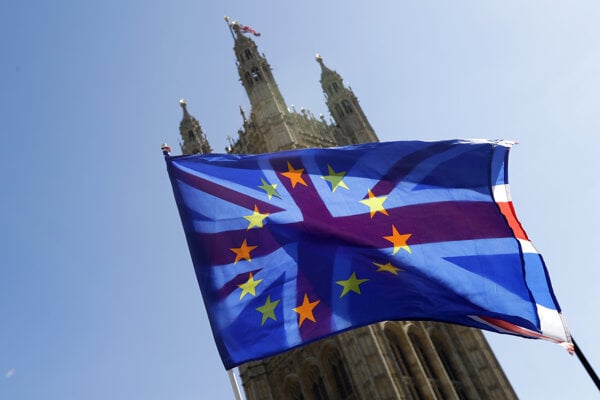 A British Union flag is flown behind a European Union flag, backdropped by Parliament in London on April 10, 2019. (Source: AP/TASR)
Font size:A-|A+

Slovakia supported the longest delay of the United Kingdom’s departure from the UK possible, said Prime Minister Peter Pellegrini after a special European Council meeting on Brexit, starting on April 10.

The new exit date for the UK was set to October 31.

The UK now has to hold the European Parliament election. If the UK fails to hold the EP election, it will have to leave by June 1 without agreement, the SITA newswire reported. 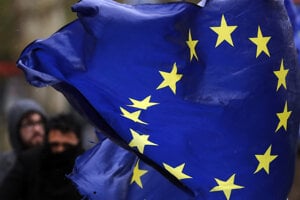 Read also:Foreigners in Slovakia: How to vote in the European Parliament elections Read more

Moreover, the country will have to behave responsibly until it leaves and not block proposals concerning the future of the European Union. EU countries leaders also insist that it will not be possible to reopen the agreement on Brexit and discuss it again.

“We also expect that the UK will behave responsibly in negotiations until the definite decision on its future, and won’t complicate the EU’s operation,” Pellegrini said, as quoted by SITA.

He could not say what would happen if the UK fails to meet this commitment.

“We need to realise that there will be one or two more summits where certain issues could be blocked,” the Slovak PM continued, as quoted by SITA. “But I don’t expect that somebody would seriously endanger the EU’s future at one summit. I would not make a drama out of it.”

A space for new topics

Even though the EU countries leaders agreed with postponing Brexit until the end of October, they will discuss Brexit again in June. The reason for choosing late October for Brexit is that there will be a new European Commission taking control in November, and London will not have its representative in the Commission anymore, SITA wrote. 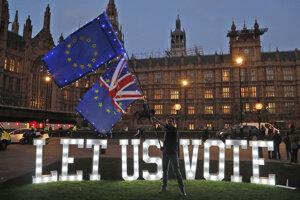 Read also:Send that blasted Brexit off to history Read more

However, Pellegrini would welcome it if at the June summit the EU finally started dealing with its reforms and other topics, like business with countries like China and India.

“We would be very glad if we were already discussing other problems of Europe along with its future,” the Slovak PM said, as quoted by SITA. “We’re getting tired of every summit being mostly about Brexit and not the other agenda we have on the table.”

At the same time, he hopes this is the last Brexit delay, even though it would be better for Slovakia if the UK does not leave without an agreement.

The opposition Freedom and Solidarity (SaS) party has welcomed the decision on delaying Brexit to October 31, with the possibility of a flexible departure, said its MP Martin Klus. This does not have to be the last delay, he added, as reported by the TASR newswire. 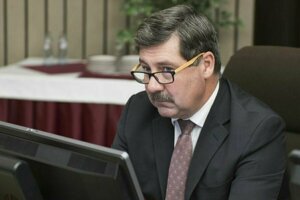 Read also:What do the Lord of the Rings and Brexit have in common? Read more

In his opinion, every day the UK remains in the EU is good news for Slovakia.

“It enables our citizens to fully enjoy all EU freedoms and widens the space for member countries to prepare for the UK’s departure,” said Natália Blahová of SaS, as quoted by TASR. She also pointed to the fact that several topics like social securities for citizens would be endangered in the case of a no-deal Brexit.

Read more articles by the topic
This article is also related to other trending topics: Brexit, Peter Pellegrini