The Finance Ministry will be temporarily led by Peter Pellegrini. 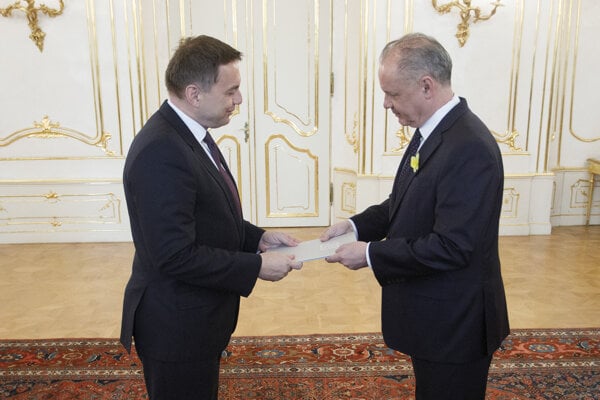 Finance Minister Peter Kažimír (Smer) has officially resigned from his post on April 11. The departing minister was appointed new governor of the National Bank of Slovakia and will assume the position on June 1.

President Andrej Kiska accepted the resignation and assigned PM Peter Pellegrini (Smer) to temporarily supervise the Finance Ministry. It is expected that after Easter Pellegrini will be replaced by the new minister, Ladislav Kamenický, current chair of the parliamentary financial and budgetary committee.

Kamenický’s nomination still has to be approved by the senior management of the Smer party.

President: Kažimír’s achievements should be confirmed 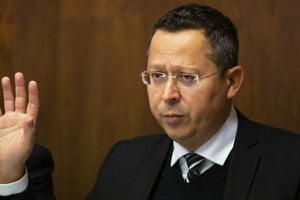 Pellegrini should have high demands on the new finance minister, according to Kiska. The president thanked Kažimír for the results he achieved in the post, including preparing the balanced budget. However, it will be important to confirm these results.

“I’m afraid that with the approaching election, we can witness the most expensive pre-election campaign ever,” Kiska said, as quoted by the SITA newswire.

However, the government’s representatives should be careful, especially at a time when news about the potential worsening of the economic environment emerges, he added.

Pellegrini meanwhile said that he wants to supervise the coalition negotiation over a proposal that can have an impact on the budget. He will try to make some compromises while overseeing the Finance Ministry. 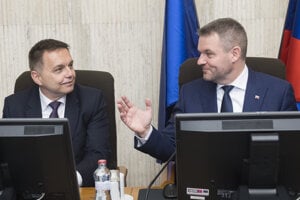 Read also: Smer could still break free from Fico. Or could it? Read more

“One thing are proposals, and the other are the parameters of these proposals,” Pellegrini said, as quoted by SITA. “I think there is a space for tuning them up so that they are advantageous and the least devastating for public finances possible.”

Kažimír will give up political functions

Kažimír told the journalists that he could not imagine a better successor in the post, as reported by the TASR newswire.

He reiterated that he will give up all his political functions, including his membership in Smer.