Kirschner: Music has always been the intention

Jana Kirschner has been on the Slovak music scene for more than 20 years. 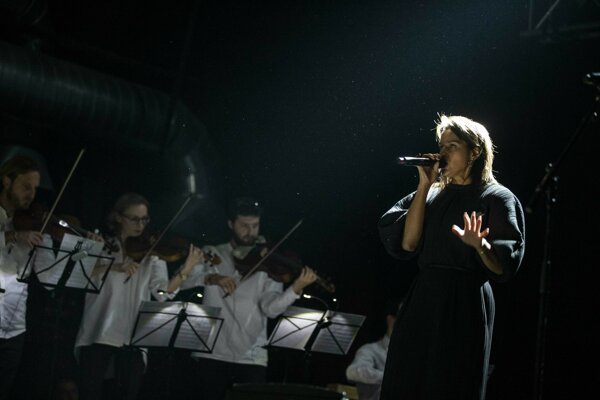 She always knew she wanted to be a singer, ever since she was a little girl. She took singing and piano lessons and participated in many singing contests for children, usually for folk songs. Today, Jana Kirschner stands among the brightest stars in Slovakia’s music scene.

When she was a teenager, she also dedicated her free time to dancing and song-writing. Her break-through came when a photographer spotted her on the streets of her hometown, the historical central-Slovak town of Martin. He shot photos of her for his exhibition.

Those photos found their way to the organisers of the Miss Slovakia beauty pageant. It was in 1996, and Jana Kirschner was selected as one of 12 contestants. But all the while she was aware that she had always wanted to be a singer and not a model. People from the modelling agency also thought Jana Kirschner could become a pop diva.

The label that emerged back then, the “first lady of Slovak pop music”, has somehow stuck to her. But she considers herself neither the first lady nor a rebel.

“In fact, I have been looking for the courage to be a rebel my entire life,” Kirschner told The Slovak Spectator. “I’m thankful for my hits, but I’m not always in the mood to sing them.”

Without popular radio hits, her later, critically acclaimed albums like Krajina and Moruša would not have existed either.

“It is a part of the jigsaw puzzle that is me,” she said.

In 1997 she released her debut album, titled Jana Kirschner. Between 1999 and 2003, she won several Slávik (Nightingale) awards based on a public popularity poll, in the female singer category. In 2000, 2002 and 2003 she released three more albums, all of them very positively received. She became a star on Slovak radio stations and her songs hit the top positions in local music charts.

“For me, awards and prizes have always been just a bonus to what we were doing, never the intention,” said Kirschner. The only intention has always been music.