This world-known, useful tool was made in Slovakia 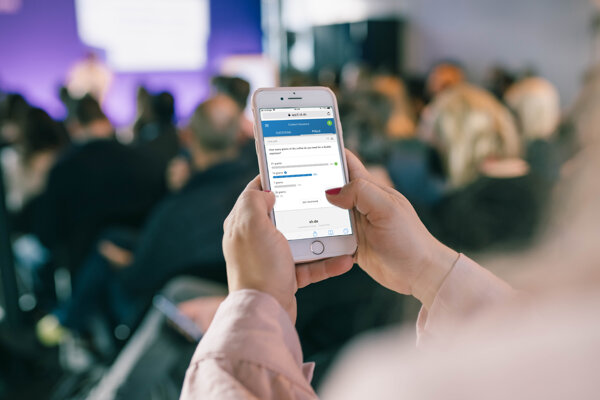 Raise a hand, wait for the mic and then stand up to ask a question in front of an audience of dozens or even hundreds. Not everyone feels comfortable doing it. In fact, many would probably sit quietly and wait for someone else to ask instead; even if they have something interesting on their mind.

Headquartered in Bratislava, Slido has a team of more than 130 people, with offices in London, New York, San Francisco and Sydney.

Introverts were not the only gap in the market. Matúš Horváth, who is Head of People Operations in Slido, noted that the other side of the coin is the all-too-well-known situation when a Q&A session goes wrong.

“Everyone is probably familiar with the case where someone at first tells a personal story for three minutes and then asks a question nobody else is interested in,” Horváth told The Slovak Spectator at the Central European Conference in London. “And five minutes meant for Q&A at the end of the conference are over.”

Slido is an app where participants of certain events can ask questions even anonymously, using personal devices like a smartphone or tablet. If other participants want to ask the same questions, they can give it a like, to change the order of questions with the most-liked ones at the top of the list.