Visionary designer believed in his flying car from the very beginning

Štefan Klein: I wouldn’t have had a better career abroad. 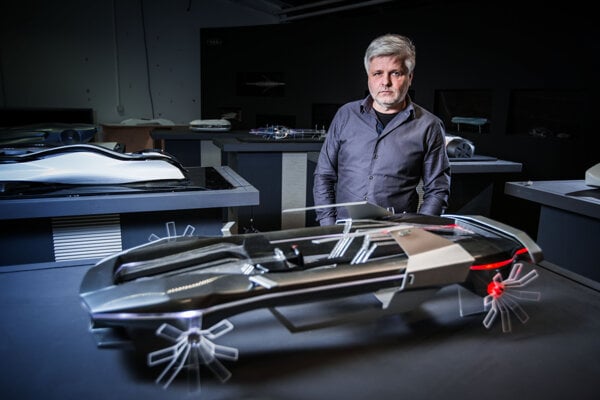 A vehicle that can drive on the roads and then fly above them is a utopian idea for many people. But designer, engineer and visionary Štefan Klein has believed in the idea from the very beginning.

“I’ve never doubted that the idea of a flying car is realistic,” says Klein. “Now, about 30 years after I began developing my first concept of a car able to transform into an airplane, the time has arrived.”

What the flying car embodies in the eyes of its designer is freedom: not only does it transport people from one place to another without any need of changing vehicles; it also enables drivers to admire the country from above.

When Klein, now 59 years old, first started working on the concept in 1989, there were two flying car projects underway – one in the US, and his. Now, about 120 companies, including giants like Airbus and Boeing, are working on their own flying car concepts.

Klein recalls that it also took some time until the concept as used today was developed.

“We are now in the preliminary phase, searching for the best concepts. And that’s what excites me the most about this search,” he said.

How it all began

Klein grew up by a small airport in Nitra. As a child, he used to spend a lot of time with his father and brothers in the family’s workshop. He started to fly gliders when he was 14 years old and driving motorbikes even earlier.

“My father was a mechanical engineer with artistic talent, so we were always in the workshop,” said Klein.

He followed the family tradition, and after graduating from secondary school, enrolled at the technical university, even though he toyed with the idea of studying sculpture as well. His goal was to find an occupation in which he would be able to design something from the initial idea to the final product. 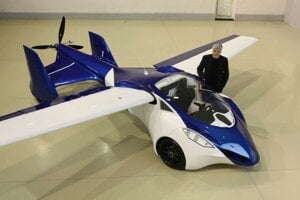 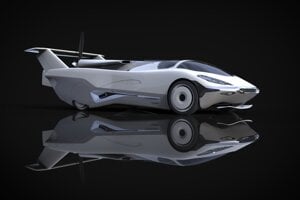 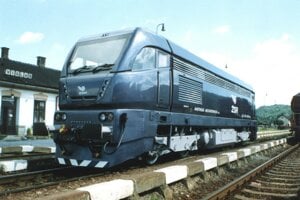 “In the late 1970s, design was a marginal issue and information about it was scarce,” said Klein, for whom a perfect product is one that merges excellent design with proper function.

During his university studies, he discovered that it is possible to study design at the Academy of Fine Arts and Design in Bratislava.

Once he graduated from the Slovak University of Technology in Bratislava, he enrolled at the academy, succeeding out of about 500 students. He was one of the two lucky applicants who made it in.

Being both a technical engineer and designer has greatly extended his capabilities. He sees it as a huge advantage today.

“I did not need to rely on specialists many times, since I was able to come up with technical solutions myself,” said Klein.