Slovak pupils will be able to pick from several foreign languages, English will not be compulsory anymore. Some employers disagree. 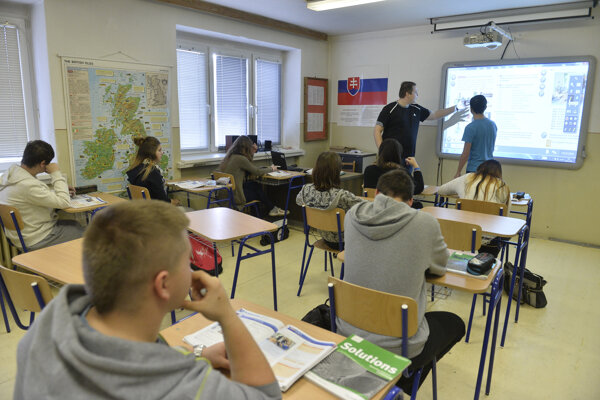 “Do you speak English?”

Slovak schoolchildren should be able to answer yes. As of 2015, English has been the compulsory first foreign language every primary school pupil has to learn.

This has resulted in poorer knowledge of other languages among Slovaks, agree representatives of embassies, foreign chambers and language institutes. Pupils often start learning a second foreign language only after entering secondary school, which some observers consider too late. This may pose a problem for graduates searching for a job in companies that require more than just one foreign language, as representatives of embassies and foreign chambers of commerce have warned.

“The quality of graduates in German is, unfortunately, declining,” Marian Gordzielik, first secretary and head of the press and culture department of the German Embassy in Slovakia, told The Slovak Spectator in an earlier interview.

While there is no proof that this is because English is a compulsory first foreign language in Slovak schools, Gordzielik noted that with a second foreign language (most often German, Russian, French, Italian, or Spanish), pupils only have four years to achieve B1 level proficiency.

“[This] is demanding, especially when you look at the number of lessons that are offered,” Gordzielik argued.

The Education Ministry is responding with another change in the teaching of foreign languages. It wants to return the competence to schools so that they choose which foreign language their pupils will learn.

“We’re glad that with the change introduced by the Education Ministry more attention will be given to multilingualism,” said Friedrich Dahlhaus, head of the Goethe Institute in Bratislava, at the January press conference.

Big employers are, however, far from overjoyed about the changes. Some have called the step outright harmful.

Pupils should be free to choose