Representatives of NGOs from EU and Russia also paid tribute to Ján Kuciak and Martina Kušnírová in Bratislava. 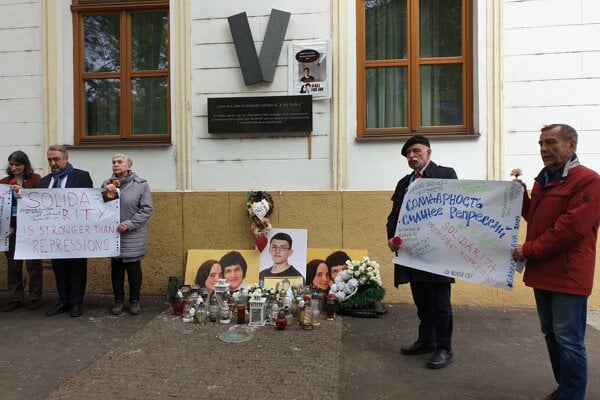 “We are here to express our solidarity with people who died for freedom,” said Olga Salomatova on May 7 in front of the improvised memorial for Ján Kuciak and Martina Kušnírová. “This happened to be a case in all of our countries. We would like to express our refusal towards it.”

Salomatova, a Polish lawyer and activist from the Helsinki Foundation for Human Rights, spoke on behalf of the group of representatives of prominent civil society organisations who gathered at the SNP Square in Bratislava to pay their tribute to Kuciak and Kušnírová.

The event took place within the General Assembly of the EU-Russia Civil Society Forum, a network of 172 independent NGOs from 20 EU member states and Russia, in Bratislava. 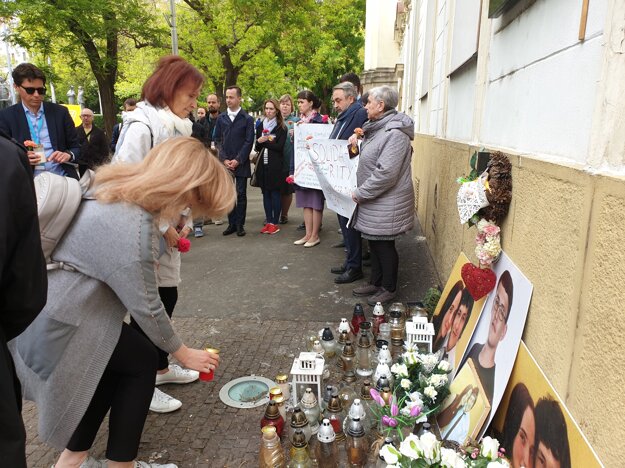 Members of the EU-Russia Civil Society Forum paid tribute to Jan Kuciak and Martina Kusnirova in Bratislava, May 7, 2019.

NGOs say no to hatred

It is important to remember people as Ján Kuciak and Martina Kušnírová in all countries, Salomatova stated. Hatred, she said, also killed the mayor of Gdansk in Poland.

“We were shocked when [the murder] happened and when the first demonstration started,” said Havlíček, who is an analyst with the Prague-based Association for International Affairs (AMO).