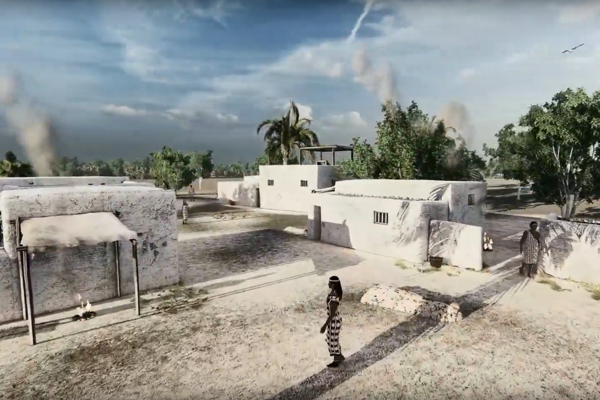 Slovak Egyptologists, archaeologists and other experts have been researching the archaeological locality Tell el-Retaba since 2007.

They decided to present the most interesting results through a digital 3D model and visualisation in which they show how the ancient settlement looked 3,500 years ago.

“The almost 4-minute long animation captured the development of the locality from the turbulent Second Intermediate Period until the New Kingdom (17th to 12th century BC). This shows interesting parallels to present times – Tell el-Retaba experienced a social crisis, climate change and the migration of the citizens,” said Renata Rábeková of the Aigyptos Foundation, which supports the archaeological research in Egypt, as quoted by the TASR newswire.

The visualisation has been processed based on documented findings of architecture and its development – from regular houses to the Pharaoh’s fortress. 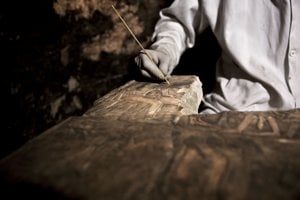 Since 2013, Polish and Slovak researchers have cooperated with the Aigyptos Foundation and Institute of Oriental Studies of the SAS for the Slovak side and Archaeological Institute of Warsaw University and the Polish Centre for Mediterranean Archaeology for the Polish side.

The archaeological locality Tell el-Retaba is located in the northeast part of Egypt in Wadi Tumilat, between the cities of Zagazig and Ismailia, about 100 kilometres east from Cairo.

Wadi Tumilat guarded access to the oldest ancient-Egypt centres of Memphite and Heliopolis, since trade caravans, Beduins and Egyptian military units passed through the area on the way to Syro-Palestine.

It was accommodated also by Asian citizens, so-called Hyksos, who were in charge of a large part of the country, even before the Second Intermediate Period (17th to 16th century BC).

The newest findings show that the history of the settlement of Tell el-Rataba was significantly influenced by the mysterious Hyksos. After their defeat and during the era of the New Kingdom (16th to 11th century BC), an ancient-Egyptian settlement was established.

“At the end of this era, Pharaohs Ramesses II, Merneptah and Ramesses II ordered that a monumental military fortress be built to protect Egypt from the attack of the so-called sea nations,” said Rábeková, as quoted by TASR. “According to stone blocks with relief decoration, it is possible to assume that there was a temple of God Atum in the fortress.”

Rábeková said that during ten years of archaeological research, there were several unique buildings discovered in the locality. From 17th to 12th century BC, there were brick Hyksos graves, buildings, workshops, a fortress with walls and a monumental gate.

There are also older monuments – buildings, stables and temple blocks from 11th to 7th century BC. The locality was intensely settled until the Roman dominance in Egypt and the turn of the eras, said Rábeková.