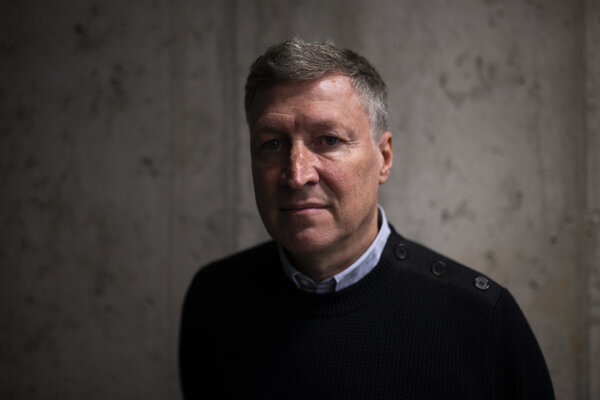 A desire to help people lead better lives is what links all the activities of Miroslav Trnka, both professional and personal.

In more than 30 years, the cyber security company Eset has grown from a small, dynamic company into a global brand with over 110 million users in 202 countries and territories. Currently, it employs more than 1,600 people, of which about 900 work in Slovakia. It runs 22 branches, more than one half of which are R&D centres. They are located in Argentina, Mexico, Brazil, the USA, Canada, Great Britain, Austria, the Czech Republic, Poland, Romania, Singapore, Australia and Japan.

As one of the founders of the cyber security company Eset, Trnka and his colleagues not only developed one of the best cyber security technologies that protect people’s digital devices from malware; he went on to launch the non-governmental organisation combating corruption in Slovakia, built a facility for young IT experts and most recently, created a vital cultural hub in his native Trnava.

“These are my best moments – it’s a feeling of satisfaction that I have done something in my life so that others can be better off,” said Trnka.

Trnka, now 58 years old, comes from Trnava, a western-Slovak town 50 km from Bratislava. His childhood and youth were affected by the emigration of his father.

“When the Warsaw Pact troops invaded Czechoslovakia in August 1968, he was afraid that due to his involvement in regional activities during the Prague Spring, he might be sent to prison,” said Trnka, who was seven years old at that time. In 1969, his father fled to the Netherlands. “I actually grew up without my father.”

His father’s emigration left gaps in his personal references, an important characteristic under the communist regime. Due to his personal profile, Trnka opted to study at a secondary school specialising in electro-technology. He continued his studies at the Slovak University of Technology in Trnava, where he studied automated management systems.

“Back then, that was what computer sciences and IT were called,” recalled Trnka. After graduation, he remained at the university.

In 1987, another Eset co-founder Peter Paško discovered one of the world’s first computer viruses, dubbed “Vienna”. Together, they wrote a programme for its detection. Its improved versions later became the flagship product of Eset.

But the pair needed to wait until the Velvet Revolution in 1989 to get their business in full swing. During the communist regime, private entrepreneurship was not allowed in Czechoslovakia.

“The change of regime meant opening doors and opportunity to monetise our ideas,” said Trnka.

After the fall of the regime, Trnka and Paško fully and immediately immersed themselves into their new business. They earned their first million Czechoslovak crowns before they even officially launched Eset as a company in 1992. 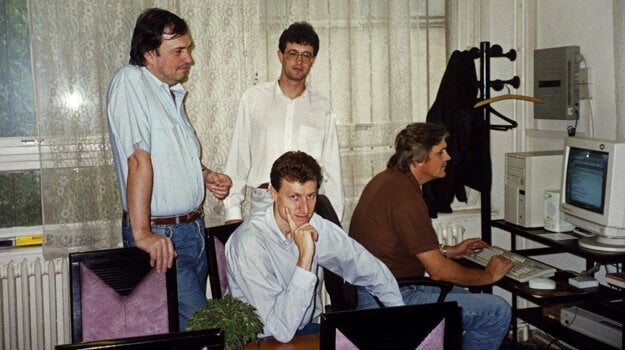 The founders of the Eset company, with Miroslav Trnka in the middle foreground. (Source: Photo: Archive of Eset)

“The costs were not high at that time,” said Trnka. “We worked on the programme in our living rooms. I copied it at nights onto floppy disks, packed them and sent them to clients.”

Trnka named this programme Nemocnica na Okraji Disku (NOD), or Hospital at the Edge of the Disk.

“A computer virus is like a disease and when we developed its prophylaxis, it seemed to me a well-adopted name,” said Trnka. “Moreover, at that time the popular medical series Nemocnica na Okraji Mesta [Hospital at the Edge of the City] was running on TV.”